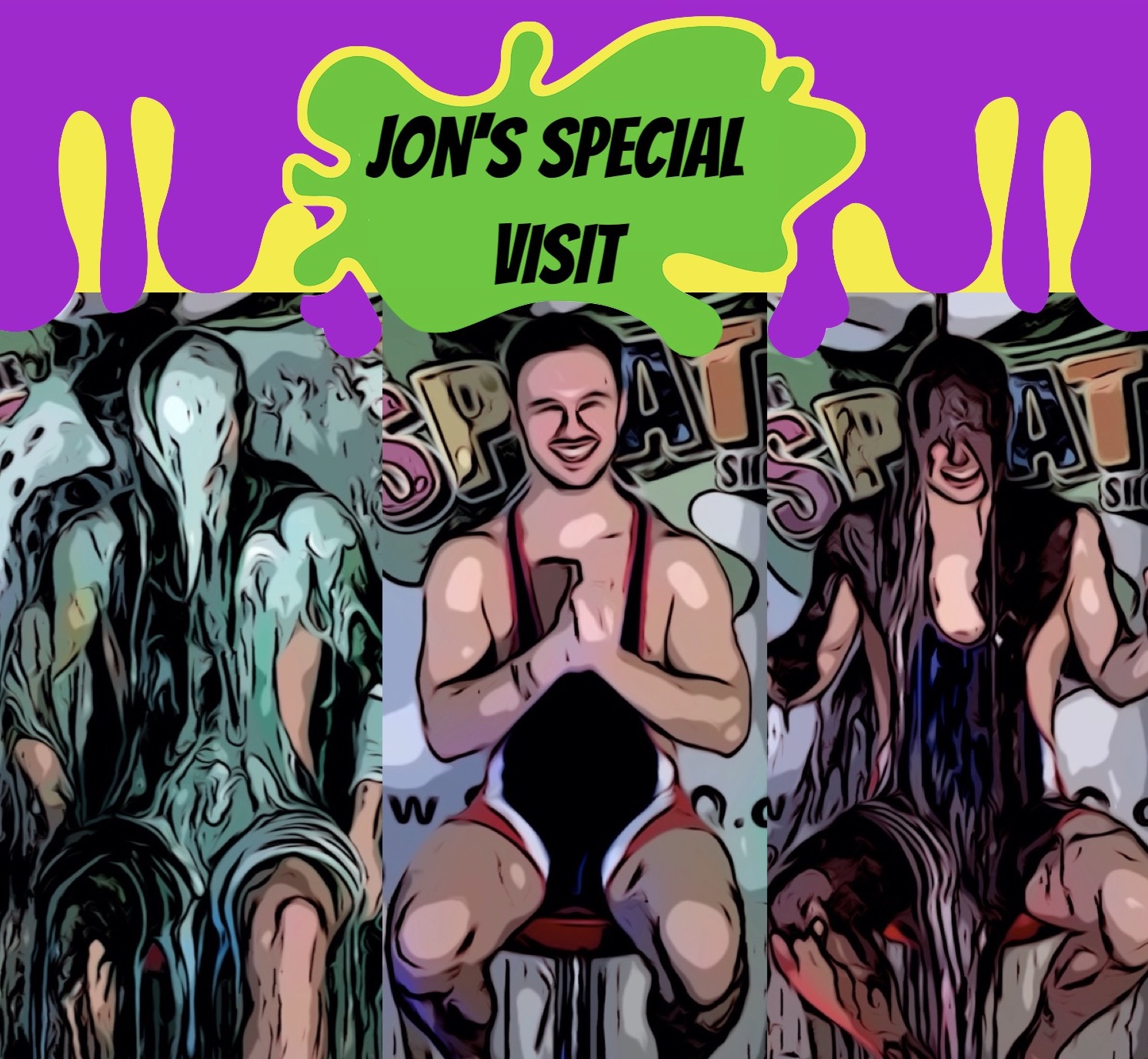 Jon made his first Splat! Show appearance during season 7. His first appearance was an odd one as he joined us during the days before our reboot which meant shoots outside with unflattering surroundings. Thankfully Jon agreed to come back when the show relaunched with Pete in full control. He was an instant hit with the fans of the show and over the past few years has made countless appearances in our Gunge Tank and many others too.

We couldn’t celebrate out 15th anniversary without Jon. It just wouldn’t be right. So we invited Jon back to Splat! HQ for a special visit not only to celebrate our 15th birthday but also to welcome him back to the show after nearly a year since his last appearance.

This special event features Jon taking on his most terrifying quiz ever has he faces the threat of getting covered in cold and smelly gunge left over from a private session. Jon just has to answer questions regarding his time with Splat! correctly to leave the tank clean. Will Jon save himself or will he get the most disgusting gunge he has ever encountered?

Jon also takes on the return of our Mega Gunging. This is a celebration after all so we had to give him a special Gunging for this 15th anniversary special and while it’s no a Splat! storm in the amount of gunged used, it’s still one the best Gungings Jon has had the displeasure to receive. And if you know anything about Jon’s many Gungings over the years, thats saying a lot!

Thanks for coming back Jon, was great to have you back for this special event release. Thanks for your service to us and many other Gunge Fans. You are a real legend.

Content Guidelines: No shirtless scenes. If we had to give it an age rating it would be PG. Learn more.

Who's Under The Foam?

Jon is the first participant featured in the Splat! Club exclusive video series, Who’s Under The Foam. Click The Club Logo to join and watch his episode.​