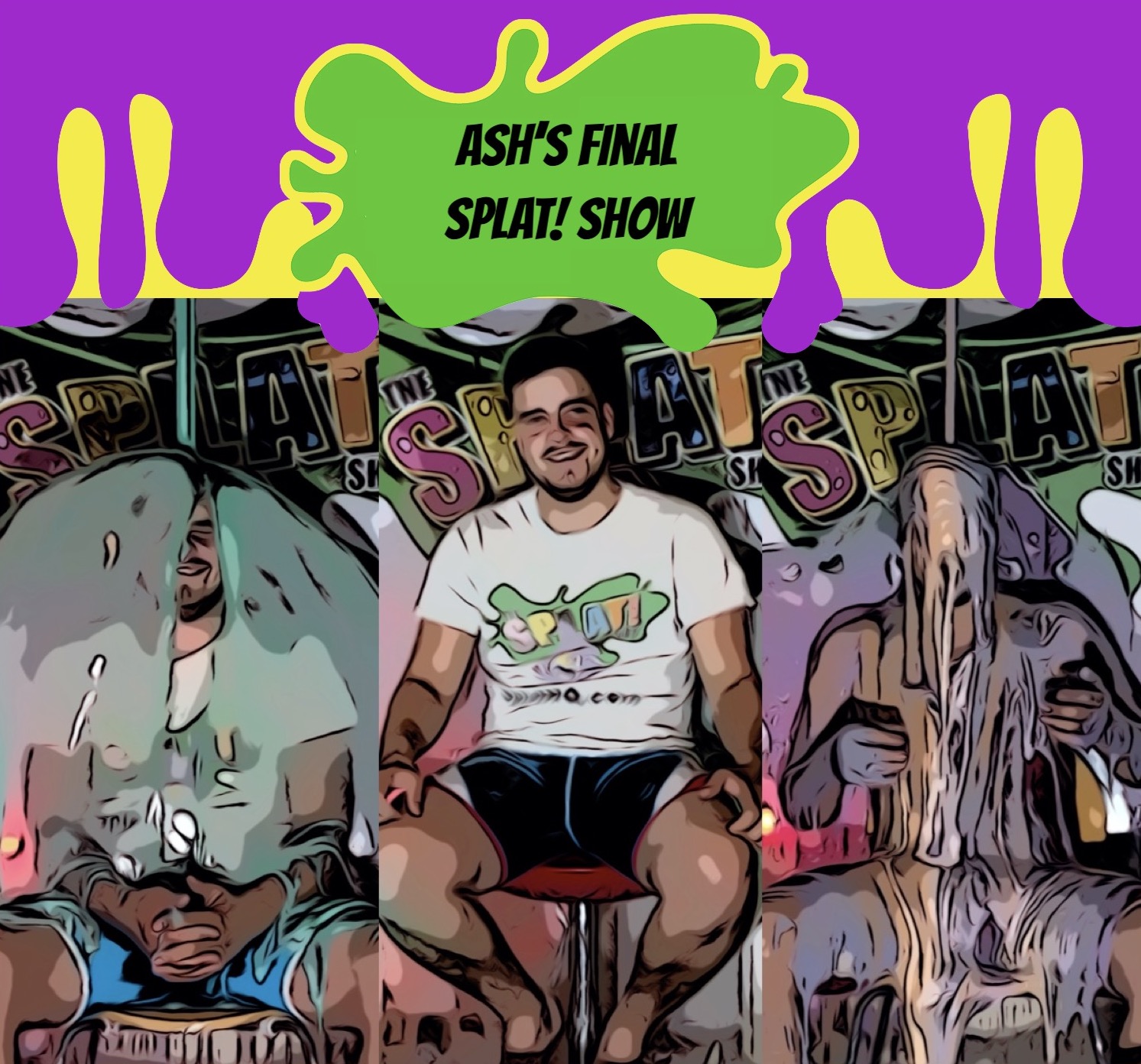 Ash, you either love his Splat! show appearances or you are not a fan. We understand that, but Ash has been an integral part of the show for years now and Splat! wouldn’t be what it is today without his input, both on and off screen. His contribution has been huge, starring in countless mini shows before the Gunge Tank and starred in some great shows with The Gunge Tank, the very Gunge Tank he designed and built.

We know Ash has his fans, we have the data to prove it, but everything comes to an end and Ash knows that fact as much as we do. So we started planning for his last ever Splat! feature show, a show that Ash himself knew wouldn’t be gunge light, actually his words were ” I’m going to get slaughtered, you are not going to be  light with me on that one”. Well he was correct. Ash’s last feature show features some of the most intense, thick and colourful gungings we have committed to film this year (in a commercial release anyway). The Gunge Tank, his very own creation, wanted to say farewell in the biggest and best possible way.

We want to thank Ash for all his years of service his has given to The Splat! Show. He will still be around off screen as technical support, but you probably won’t see him again in a Splat! Feature show. We do have his dumping ceremony to release later this year, but as feature shows go, this is it for Ash. We hope you enjoy watching as much as we and Ash did producing it.

The Gunge Tank Interview: In Ash’s last ever Splat! Gunge Tank interview we talk about the years of service he has given to the show. Ash has always been a cheeky chap, but the cheekiness is turned up for his last interview. So cheeky in fact, we didn’t wait till the end of the interview to unleash the first tanking. Being cheeky on The Splat! Show usually means some kind of mess is flung in your direction pretty quickly!

Lucky Or Mucky: Season 17’s signature game Lucky or Mucky is Ash’s first quiz featured in his final feature show. It seems Ash didn’t really learn his lesson about being cheeky from the interview, so we had to bite our lip and take the cheek, hoping he would finally find that unlucky, mucky cord. Of course he did, but it was ever so close and he nearly won the game!

Football Time Bomb: Any Ash fan knows he loves football. Having featured in various football themed shows over the years, we had to reference his love of the game in his last ever feature show. We filmed this show during the Woman’s world cup so we used that as the basis for the questions. The Gunge Tank is on a timer. When Ash gives an incorrect answer, he has a set amount of time to pop a balloon by sitting on it to pop it. The timer starts to countdown when an incorrect answer is given and stops when the balloon pops. Will he stop the tank from going off?

Tour De Gunge: Ash takes on Tour De Gunge, the season 17 wide competition that most participants will take part in. Watch Ash take on Tour De Gunge featuring buckets of cold and smelly gunge (from a shoot earlier in the week) and a tanking so brutal, it was surprising Ash did as well has he did. Check out the Tour De Gunge leader board here.

The Splat! Debrief Double Tanking Surprise: Ash makes it to the end of his final ever Splat! Show feature length show. Were the gungings as brutal as Ash thought they would be (yes!)? We talk about this and also talk about his fans and haters, who get a healthy rebuttal in the Splat! Debrief. The tank caught Ash by surprise for his final tanking, which was then reset for another  tanking full of THICK green gunge, oh and we also threw a pie too to end his last feature in style!

Content Guidelines: No shirtless scenes. Some excessive swearword usage. If we had to give it an age rating it would be 15. Learn more. 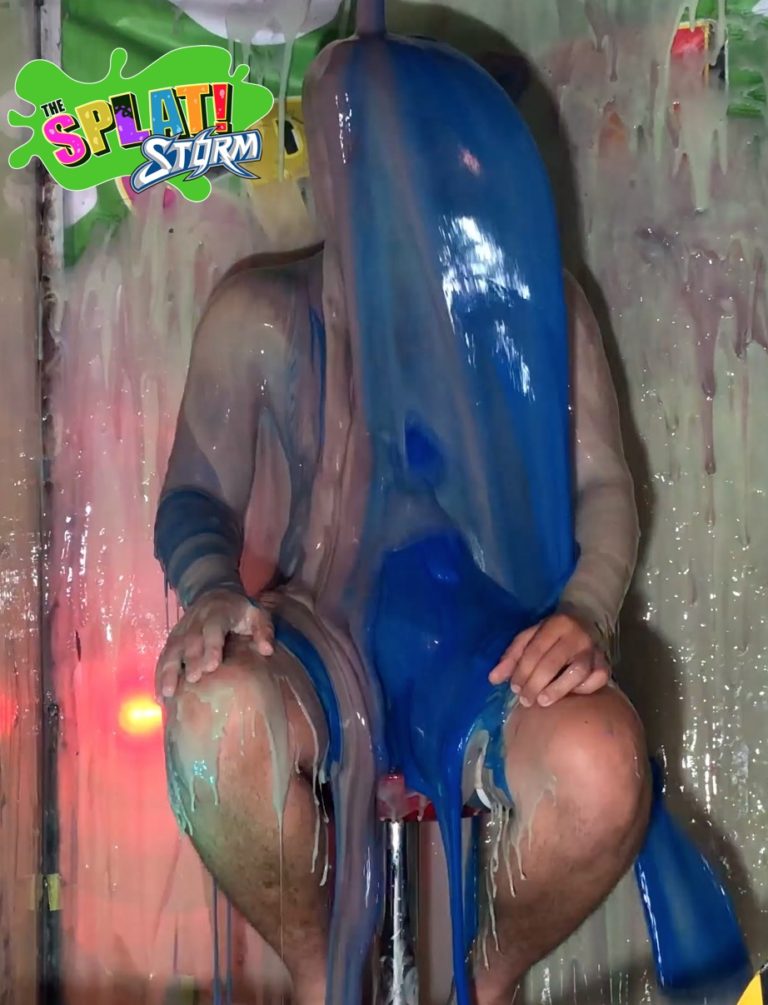 Ash finally takes on our world famous Splat! Storm at his final Splat! Shoot. The Splat! Storm is a relentless deluge of gunge from all directions. Gunge blasters, foam cannons, bucket throws and tank drops. There is nothing quite like the Splat! Storm. Running time: 7 mins 04 secs. Presented in 4K

In their final ever Gunge Tank vote, will it be Adam or Ash who get’s the most votes from the public and is instantly Gunged? Adam received one more vote than Ash so was instantly Gunged. Ash who successfully completed The Great Gunge Tank Escape got a unexpected surprise! ​

Check Out Ash's Other Splat! Shows...