Season 14 star Benji returns to the show but this time has literately dragged his Boyfriend Jordan on the show with him. And that viewers makes a great show. Read on to find out what awaits you when you download our season 15 opener…

Jordan’s Gunge Tank Reveal Interview: Benji is back but someone is hidden in the Gunge Tank. Who is the mystery guest? It’s Jordan! Benji’s parter for the past two years. Watch as Benji relishes the chance to interview and grill his Boyfriend against the Gunge Tank timer. When siren goes off, Benji get’s to gunge his Boyfriend for the first time!

Boyfriend VS Boyfriend Head to Head Quiz: After Jordan’s first Gunging we give him the chance to escape the second Gunging of the show by going head to head with Benji. Whoever get’s the most questions right in the head to head quiz gets to gunge their other half in the Gunge Tank!

Benji Get’s His Own Back: If you have seen Benji’s season 14 show you will know that he had to endure a series of gungings to get the chance to win the chance to Splat! his other half, no questions asked. Well the time has come for Benji to collect his prize. We give Benji free reign over the Splat! tools to mess up Jordan in the tank. Watch as Benji dances, literally, around the tank messing up Jordan. He even put a bit of cold water in the Gunge Tank with the gunge to give Jordan a bit of a shock. Cruel Benji!

Jordan’s Master-Mess: Jordan takes on a Splat! Show quiz solo in Master-Mess. Benji is the question and pie thrower. Just how messy will Jordan get and will Benji just have a bit to much fun here!?

The Love Tank Finale: We are releasing this show around valentines day, so what better way to end with than a romantic trip to the Gunge Tank. Together! Benji and Jordan step into the Gunge Tank for the finale together and are Gunged to close the show! 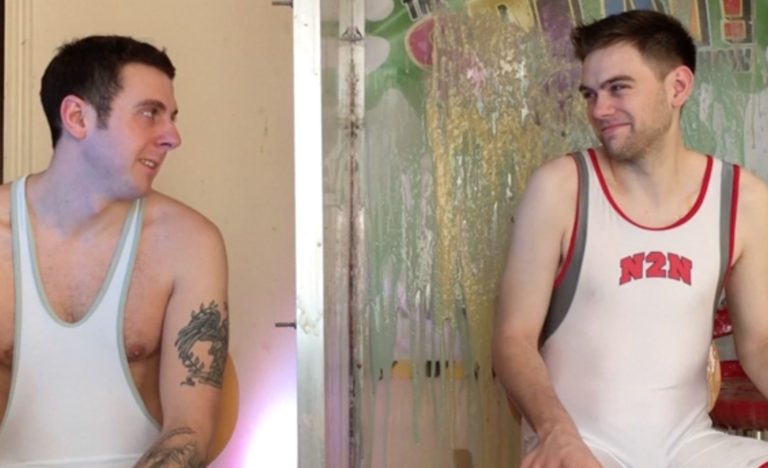 Splat! Special: Mr and Mr Special: Before the shoot Benji and Jordan filled in a questionnaire about their other half in secret. The questions were along the lines of favorite color and so forth.

Benji and Jordan then take it in turns to sit in the Gunge Tank with their other half outside. We then tested how well they knew each other. For example, with Benji in the Tank and Jordan outside we will ask Benji what is Jordan’s favorite colour? If the answer that Benji gives is incorrect and does not match the answer that Jordan wrote on his questionnaire then Jordan gets to throw pie at Benji. The partner who get’s the most incorrect is sent back to the Gunge Tank for a MEGA Gunging! In the event of a tie, both Benji and Jordan will get gunged in the Gunge Tank together. 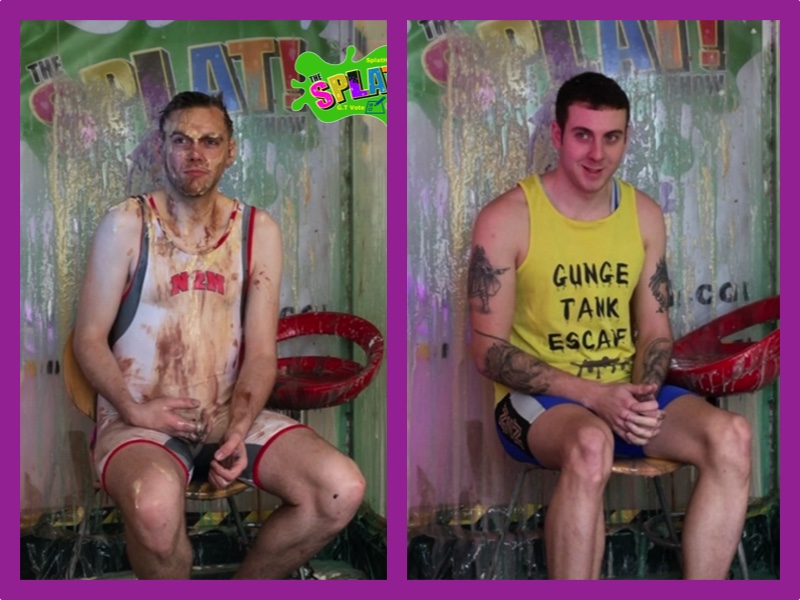