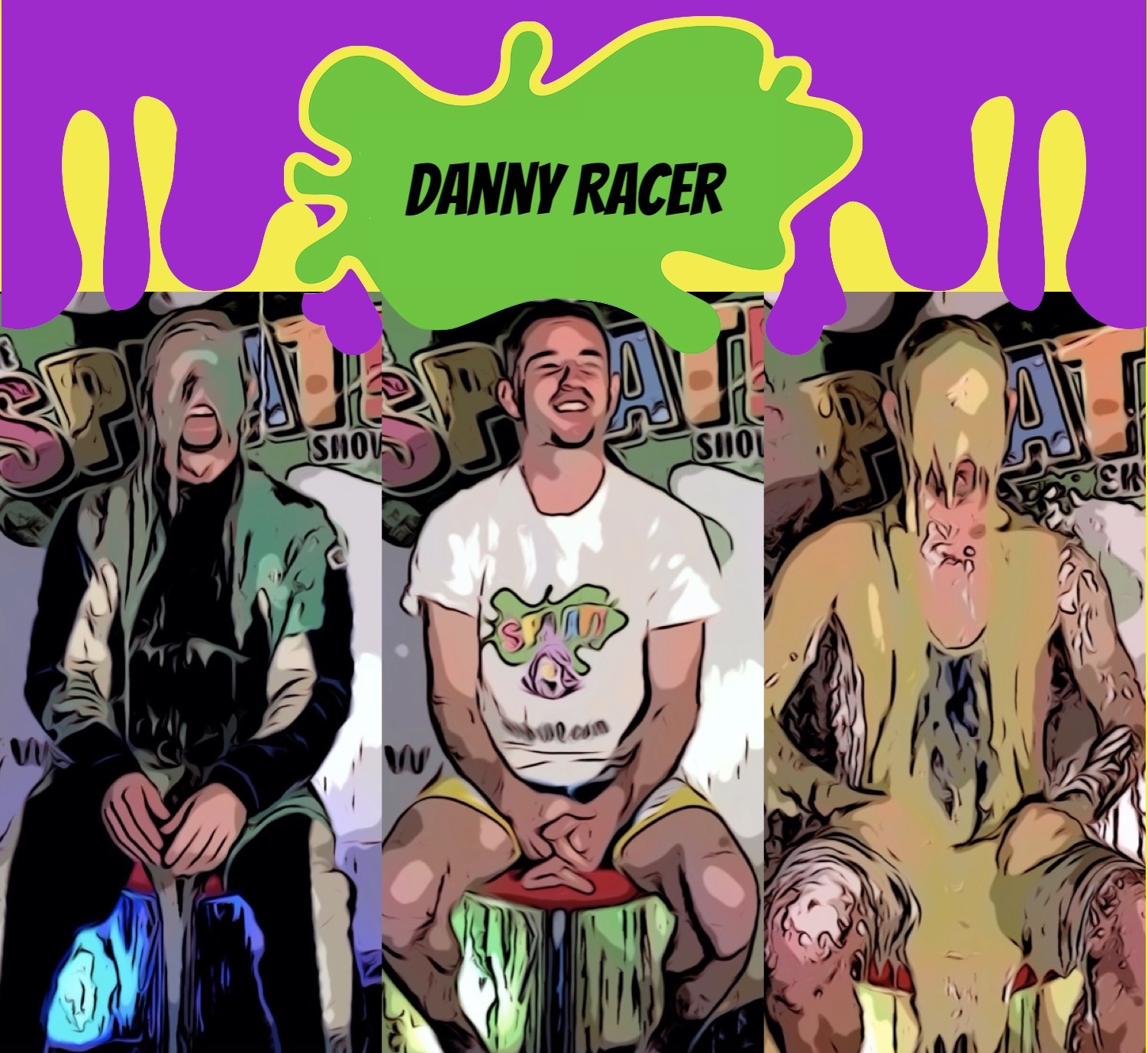 It’s been a dream of ours to Gunge a celebrity since we started the Splat! Show all those years ago. Well, now that dream has come true! We shot this show with now retired professional racing driver Danny after he contacted us about appearing on the show. So here is our first show with a celebrity in the Gunge Tank. The first of many? We can only hope!

The Interview: We talk to Danny about his racing career which includes the winning of the famous Le Mans 24 hour race and many other career highlights. We also talk about Danny’s recent experience of him coming out as gay earlier this year. The interview ends with the first ever Gunging Danny has ever experienced!

Lucky or Mucky: Danny was kind enough to bring one of his actual racing driving suits to the shoot with him and allowed us to use it on the show. Danny wearing his driving suit plays a special round of lucky or mucky with questions revolving around the famous Le Mans 24 Hour race that he won during his career. Who far will he go before his luck runs out and his suit gets mucky!?

The Splat! Rack: Before the shoot a few of our fans asked if Danny could go on the famous season 15 Splat! Rack. We asked Danny and he agreed, something we are sure he regrets agreeing to. Let’s just say Danny hated the Splat! Rack and leave it at that, but well done for Danny having the guts to give it a go!

Messy Mechanic Finale: In the finale of Danny Racer the mess comes out in full force with the Gunge Blasters, two bucket throws and the biggest tanking of the show. A fitting way to end Danny’s Splat! Show.

We want to thank Danny for being a great sport and agreeing to come onto the Splat! Show. It was great to meet such a fantastic guy! We hope you enjoy his show! 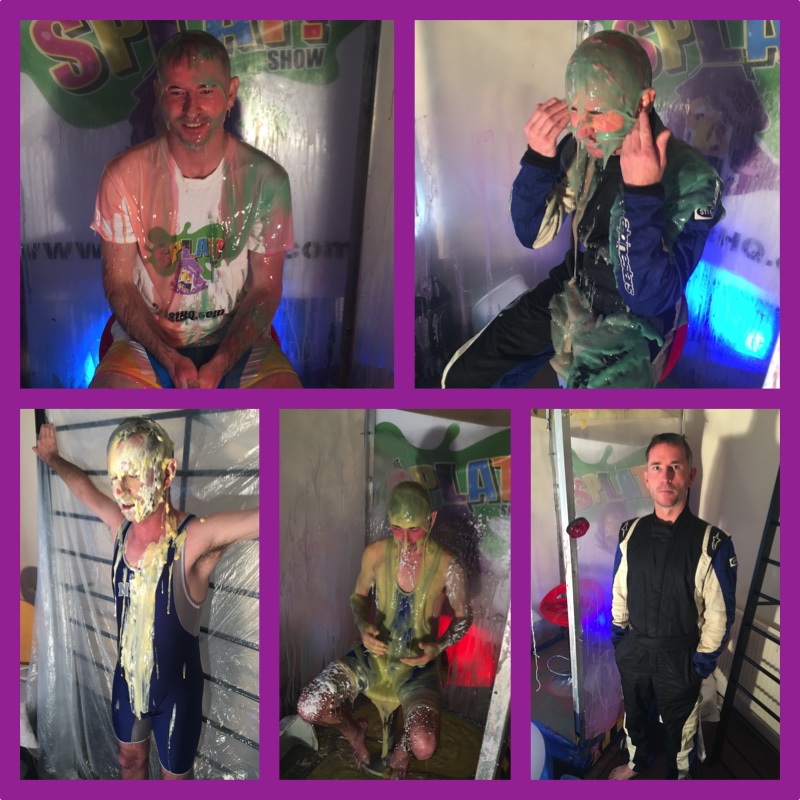