David: Something TO PROVE

Are you ready for a new face? We are are pleased and excited to welcome David to the Splat! Show. David had a great time at the shoot and he is your typical model. He takes great pride in his appearance and is a frequent visitor to the gym and we find it really hard to cast these types of models for the shows. Why? Because many of them are to stuck up, so here comes the story behind the title of his show. Something to Prove. David told us that he wanted to the shoot to show people, that while he is vain, he is not stuck up. David came to the show to get gunged and show everyone he is not what he appears. To vain for a Splat! Show!

The Gunge Tank Countdown: David takes his first seat inside the Gunge Tank for a interview. We get to know more about him, why he wanted to do a Splat! Show and more. He is racing against the hidden timer. When the siren sounds, David get’s his first surprise gunging!

The Splat! Balloon Challenge: As we have said, this game is being played in every show this season (most) as a challenge between all the models. Will David’s muscle help him out in this game? Watch to find out!

Football Pies and Gunge Quiz: We are releasing this show bang straight in the middle of the Euro 2016 Football Tournament so we asked David what football team he supported before the shoot. He supports Chelsea so we got a brand new kit and quizzed him on the club. You know the rules by now, David gets messy for each wrong answer.

Stop the Snot: Time for another round of Stop the Snot. Complete with snot and bogey gunge and that fantastic outfit we have created for season 14. Will David get through the game without saying yes or now? Mmmm read the last game on the list for a bit more…

Fitness Finale: David has fantastic body! So in this finale game we offer you all a close up look at his incredible body as we get him in some really skimpy  speedos and do a really fantastic finale gunging! After we have a little chat with David about his Splat! Show.

PUNISHMENT Gunging Special: As we was filming David’s Gunge Tank escape Guning as part of the pre-shoot specials we got word from a live viewer that David cheated on the Stop the Snot game. So at the end of The Gunge Tank escape game we gunged him with some horrible black and yellow gunge plus some snot as punishment!

David took on the Splat! Storm, one of the first Splat! guests ever to take on the storm! The Splat! Storm is the biggest gunging we do with gunge and mess coming from all directions. Running time: 8 mins 45 secs . Presented in HD.  Video download plays full screen in 16:9 ratio. 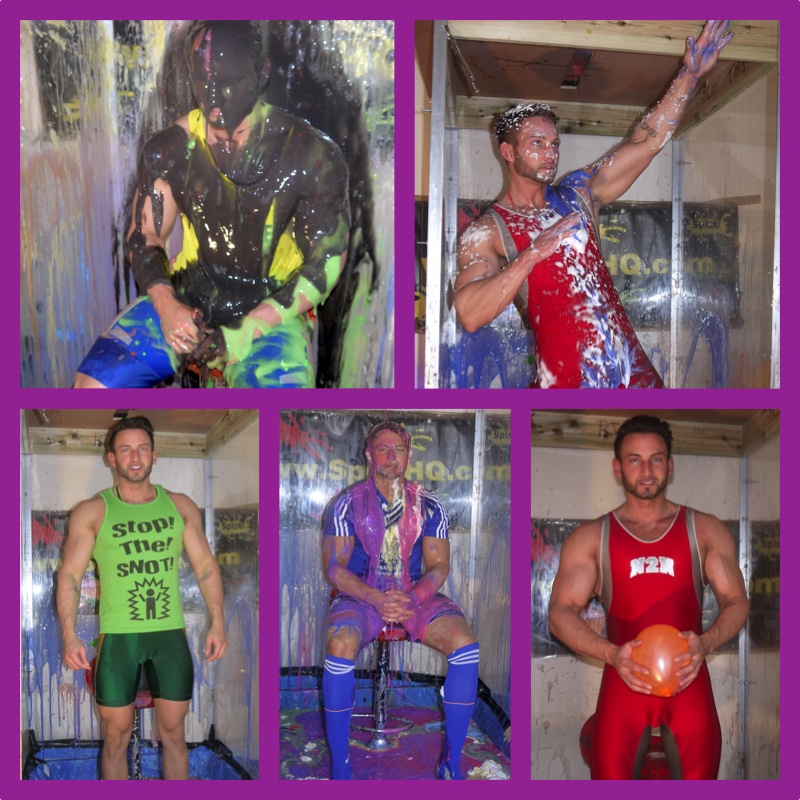 Download David’s Picture Pack from his Splat! Show shoot that includes 40 high res pictures. These pictures were shot especially for this picture pack and are not screen shots from the video. 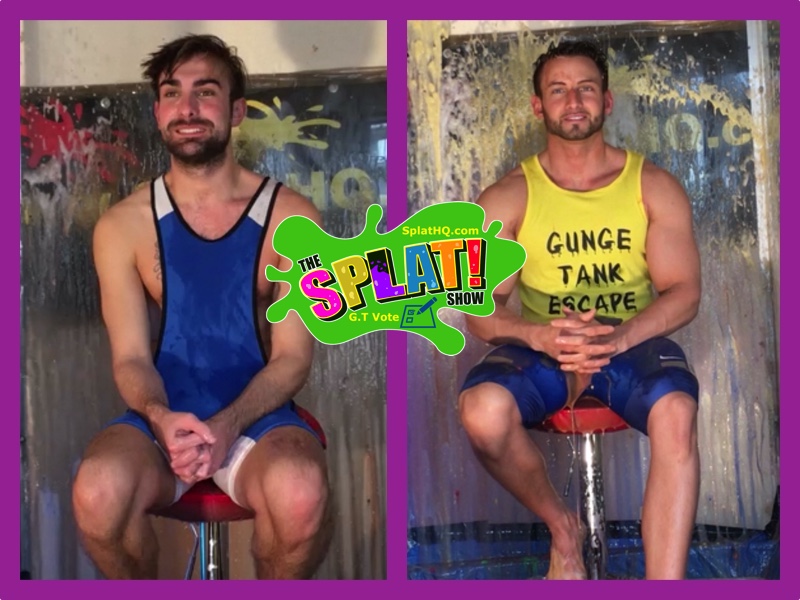 In this special extra video David is gunged after he thought he won “The Great Gunge Tank Escape”, but it turns out he did fail. See it on The Fan Club right now.