The new faces keep on coming in season 15 and next up is Jack from Portsmouth! Jack came along to this shoot with his Girlfriend Tia but we kinda think that Jack regrets that decision now after Tia was in control of the mess during his fantastic show. Jack was pretty nervous before his shoot and the anticipation in the air during the interview and his inevitable first Gunging was palatable and it was pretty clear by this point that Jack’s show will be a season high point. Read on to find out whats in store for Jack in his show, Jack The Lad!

The Splat! Interview – Jack’s first time in a real Gunge Tank was an experience we will never forget. A nervous Jack answers our questions so we can all get to know a bit more about him. Then The Gunge Tank drops the first tank of the day over Jack and his reaction is absolutely priceless!

Lucky Or Muck – For his second game Jack is dressed up in our Lycra Scuba suit and if you have been watching this season you know that means it’s time for Jack to play Lucky Or Mucky. This was also Jack’s first Quiz of the day and we soon realize he completely sucks at general knowledge. How far will Jack get before his luck runs out and turns mucky!

The Custard Pie Quiz – Now this is the part of the show that Jack’s Girlfriend Tia had been looking forward to. The chance to pie Jack. Tia asked us before the game if it was ok to hurt Jack, of course trying to stay out of their issues, we said yeah why not. Watch as Tia relentlessly pies Jack over and over as his general knowledge lets him down again.

Gungy Pants – It’ time to see Jack’s hard work he puts in at the gym as he strips down to just tunks as he plays our pants filling game Gungy Pants. Tia said he saw this game on our YouTube Channel and was happy to see Jack play the game! We agree Tia, we agree! When’s Jack’s trunks get too full and over flow the Gunge Tank will release the gunk over Jack while standing up!

The Splat! Finale – We wrap up Jack’s first shoot with a quick interview to see how he felt about the shoot. Jack then takes a two step gunging to finish off the show, one with normal sitting and two looking up into the Gunge to become a Splat! model pro 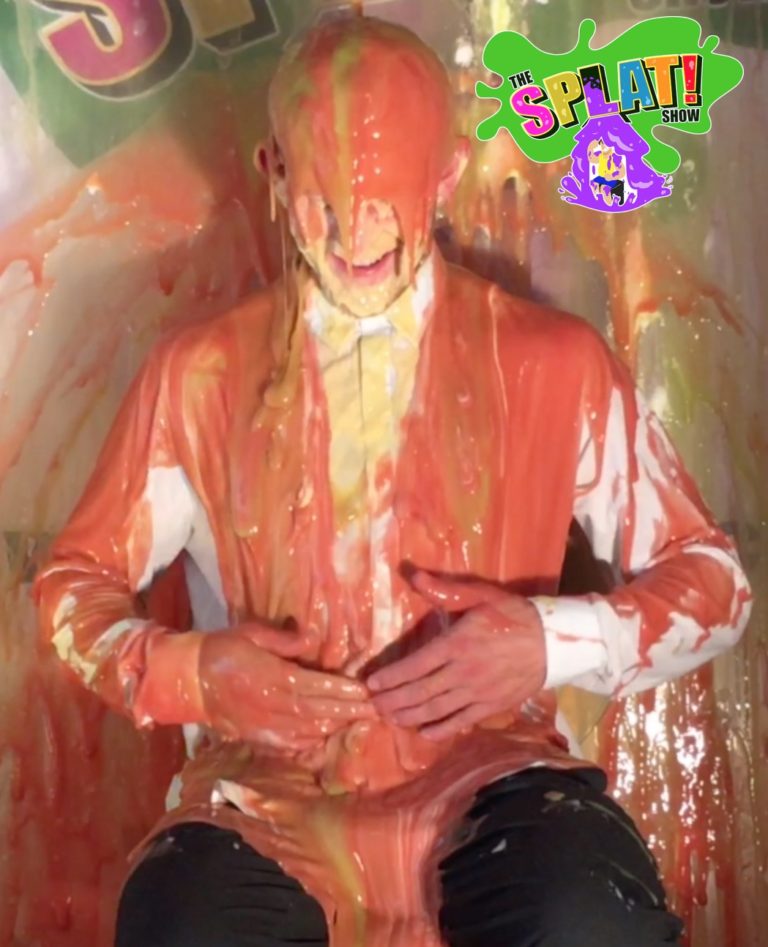 Mr and Mrs Splat! Special: In this Splat! Special Jack plays Mr and Mrs. He is quizzed on his girlfriend. If he doesn’t match what she said earlier in an interview, Jack gets pied. He gets tanked if he gets more incorrect matches than matches. Running time: 17 mins 09 secs. Presented in HD & 4K 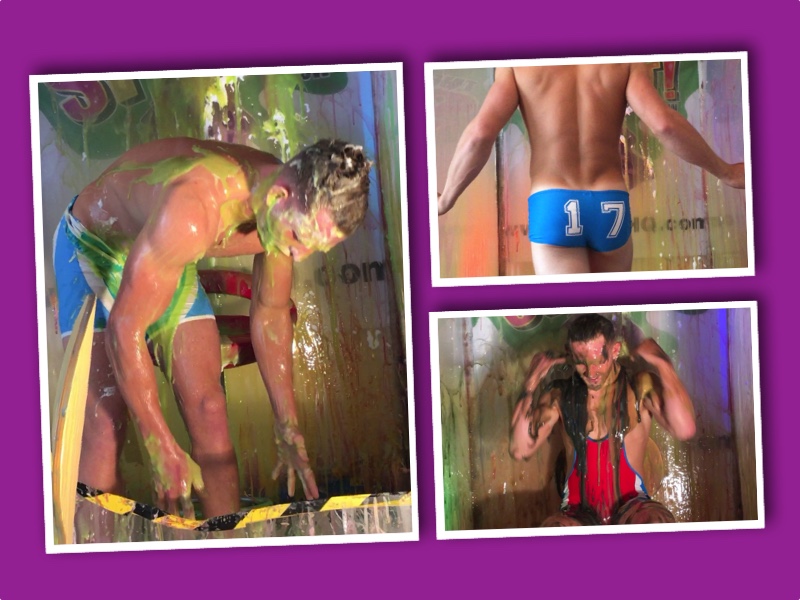 Watch the cut footage from the Jack The Lad Splat! Show shoot that didn’t make it into the Splat! Show edit.