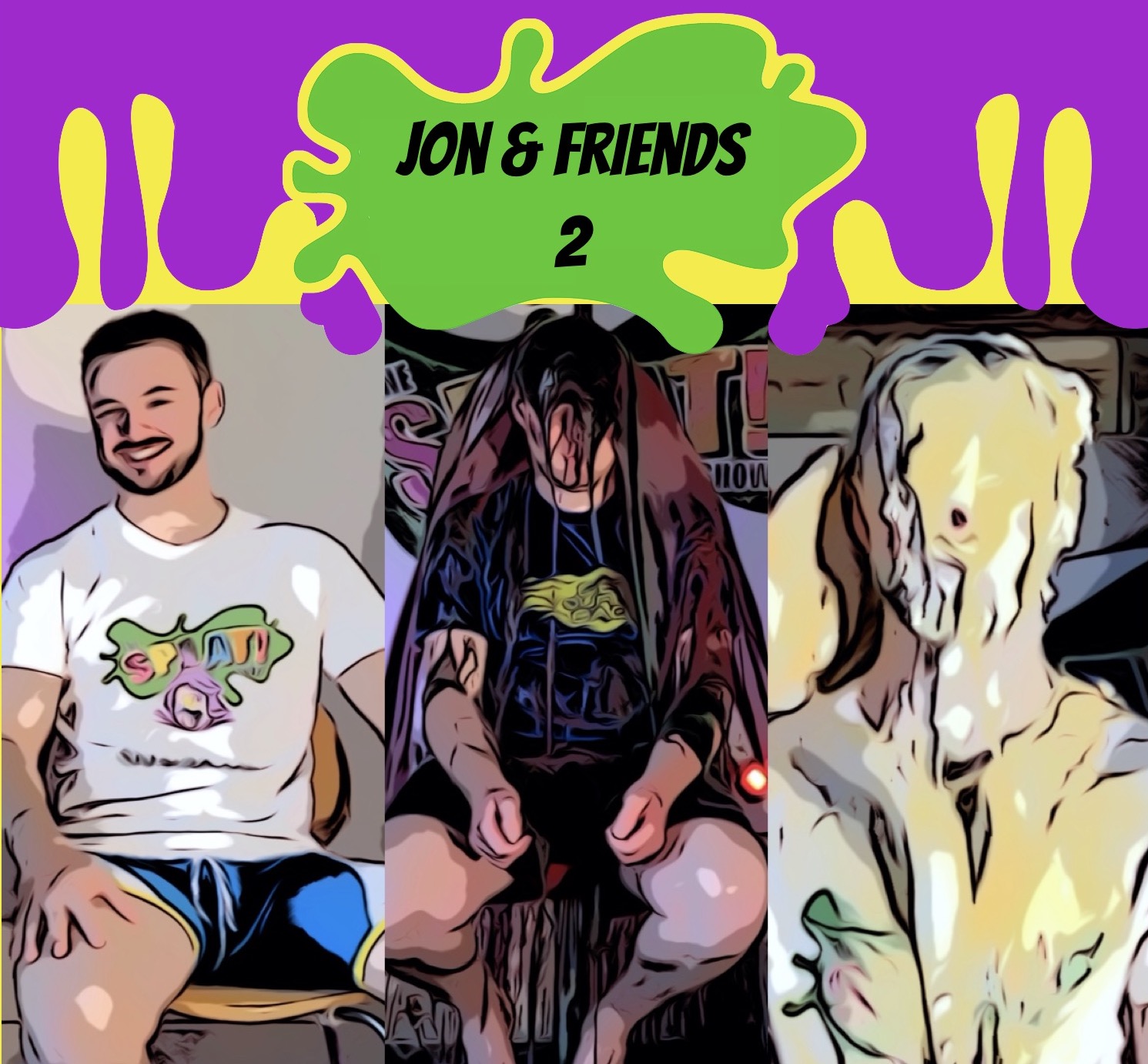 This season we have been running a mini series of shows with Jon and some of his friends. Jon and his selected friend then go head to head in various games to try and avoid the gunge. In the first show with Brett Jon managed to escape nearly all the Gungings, but how will he fare in this second round of Jon and Friends? Not that well! Jon’s friend for this show is James. James has been a fan of Jon’s work form his early, pre-gunge days. It also happens that James is a bit of a Gunge fan too. Jon has spoken to James a few times over the years and Jon thought he would be an ideal candidate to star in the second Jon and Friends special!

The Interview: We kick off the show with James in the Gunge Tank with Jon outside as we get to know a bit more about James and his relationship with Jon. Of course it all ends in a messy way for James.

Stop the Snot Stinky Edition: Jon and James go head to head in a round of Stop the Snot. Each take minute turns to try and make the other say yes or no. If they do say yes or no, then they get the snot. The snot was extra smelly since it had been festering from a pervious shoot. Who will fail and get the snot!?

The Buzzer Round: A general knowledge quiz between Jon and James. This time they have to buzz in if they think they know the answer. The person with the most correct correct answers escapes the gunge and send the looser into the Gunge Tank!

Jon’s Balloon Challenge: If you saw our first Jon and Friends shows you will know that Jon has his own balloon challenge he likes to test models with. While James is in the Tank he has to try and blow the balloons up while Jon is throwing gunge at him, not an easy task as James Found out!

Custard Pie Get Your Own Back: In this part one of the two part finale James gives Jon the ultimate custard Pie treatment and boy, can James pie like a pro!

Jon’s Cold Gunging Finale: In part two of the messy finale James sends Jon to the Gunge Tank for a finale gunging, we added a bucket of cold water to the gunge too to make it extra nasty that Jon knew nothing about until the Gunging started! Nasty!