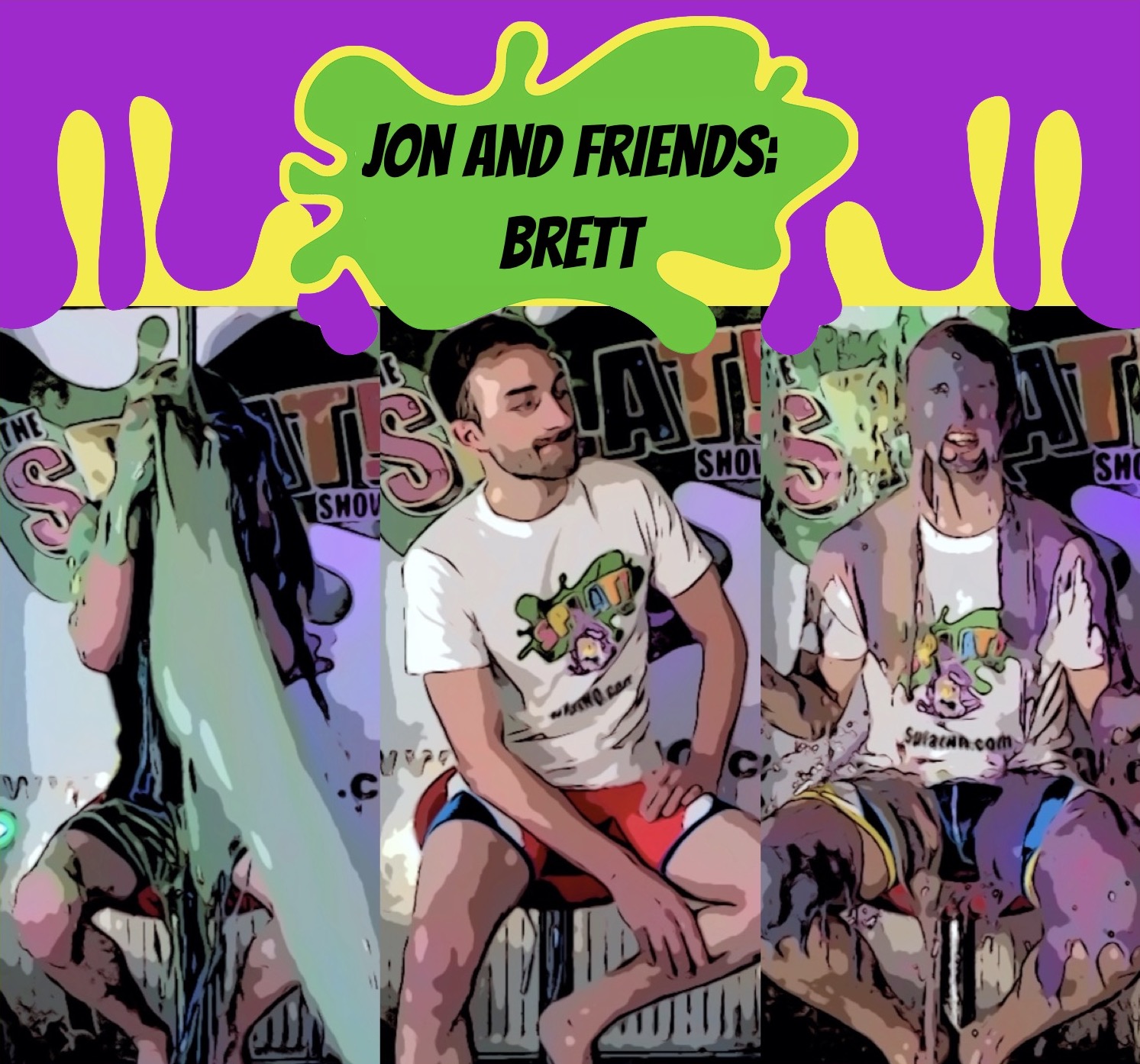 During season 15 we will be filming a set of special shows with Jon. Jon will not be the main star but instead he will brining some of his close friends on to the show in a series we are calling Jon and Friends! Expect plenty of banter from Jon in this show, teasing and being nasty!

Jon will be presenting the shows but will also find himself battling his friends to stay out of the Gunge Tank himself.

The first friend Jon has persuaded to come to Splat! HQ is his ex housemate Brett! How will Brett get on with Jon in charge, and will Jon loose out and find himself in the Tank?

Jon’s Friend Reveal: Jon introduces the first friend he has persuaded to come on to the show. Jon chose his ex housemate and close friend Brett. Jon interviews Brett to set the background on their friendship and then gives Brett his first Gunge Tanking!

The Friend Battle: One of the games where Jon could end up in the Gunge Tank! Jon and Brett have to write down their answers to the questions in this head to head quiz battle! After the quiz has finished the papers are marked and the person with the most wrong answers ends up in the Gunge Tank.

Friends Choice: To make things fair for the Friends Jon drags along to his own show we ask them for a specialized subject they would like to be quizzed on. If the friend get’s more right than wrong then Jon will take their Gunging but if they get more wrong then they get the gunging. Jon insists that for each wrong answer he gets to throw a pie in the hope of distracting their thought process! In first Friend’s Choice game Brett chose Triathlon as his specialized subject. Will Brett win and make sure Jon get’s the Gunging or will Jon’s pies throw him off?

Get Your Own Back: As we approach the end of the show Jon has escaped every gunging so far. If this happens at this point in these Friend shows we give the “Friend” the chance to complete a challenge and Get their own back on Jon. Jon set’s the task, in this case for Brett a crazy balloon blowing up task. If Pete decides that Brett does a good enough Job then Brett will get his own back!

Friend’s Finale: Big Headed Jon: After failing to complete the Get Your Own Back task in the previous game a defeated Brett has to wrap up his show knowing he failed to get Jon in the tank. At this point’s Jon’s ego is HUGE. Having escaped every gunging in his first “Friends” show. Pete decides to give Brett one last chance to Gunge Jon and bring him down a peg. Jon has to pop all the balloons that Brett inflated in the last game, if he does that Brett must take the final gunging knowing he failed to Gunge Jon in any of the games. If Jon fails then Brett get’s to finally Gunge Jon and brining him down a peg or two in the process!

Splat! Special: Brett’s Splat! News Brett must of thought what the hell he got himself into, not only did he loose out dramatically to Jon during the Jon and Friends: Brett feature, he also found himself giving us a Splat! News bulletin. One where he had to try and read the news while getting splatterd!. HD 5 mins, 17 seconds. 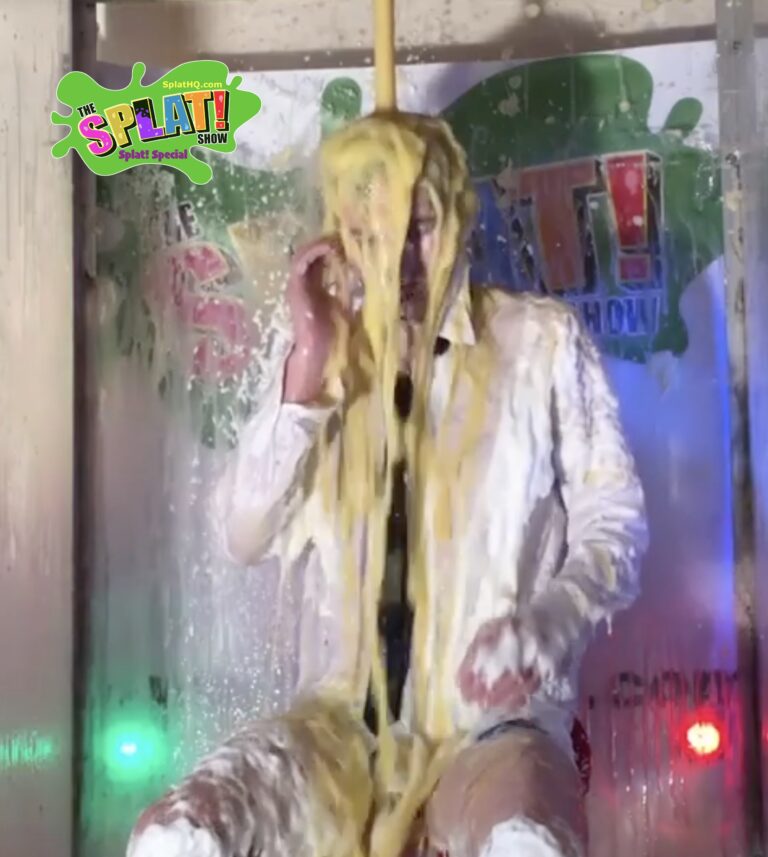 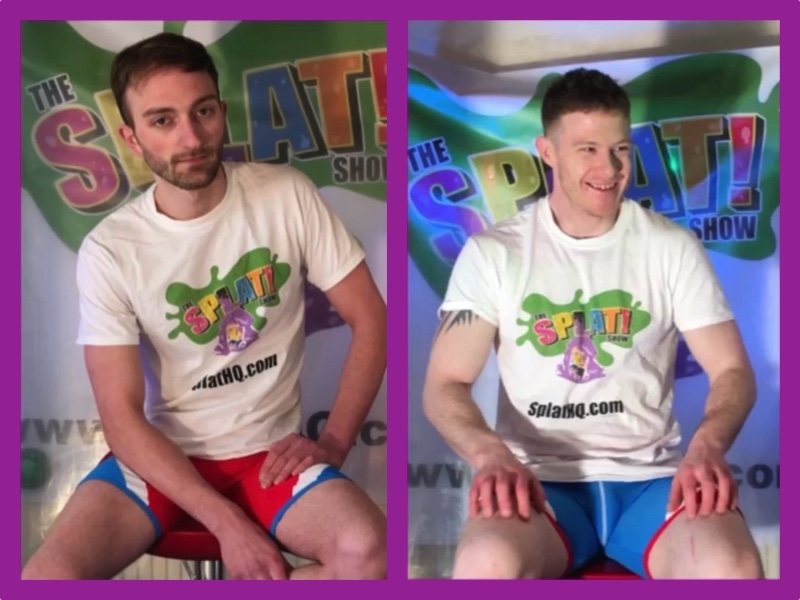