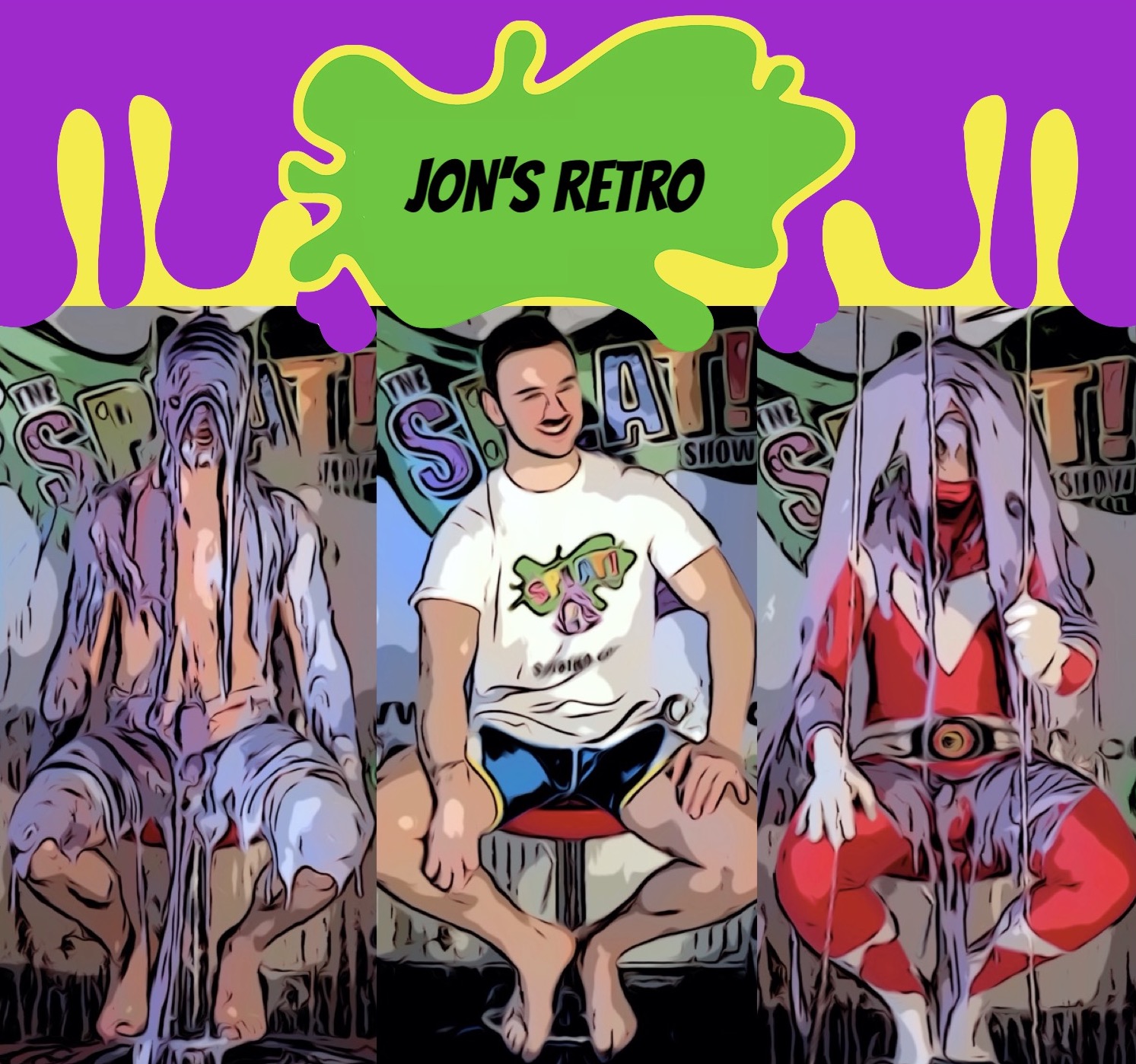 Ah Jon, you just keep surprising us. Towards the end of season 14 we filmed Jon’s BIG One which we intended to be Jon’s final solo Splat! Show. Well, things always change and the response to that show was the reason for the change. When a hot guy like Jon enjoys filming the shows we cannot really just cart him off. So while he is no longer our model of the year, Jon will be around for a good while yet.

We shot this show on the day of our Jon and Kyle: Gunge Models shoot before Kyle arrived. In this show, we look back on Jon’s time with Splat! with all the questions surrounding his time on the shows. In theory Jon should know the answers to the questions…but things don’t turn out that way!

The Interview: Jon, sat in the Gunge Tank talks in length on why he keeps putting himself on the hot seat for the Splat! Show. The fans, the production team are all discussed. We then drop a lovely bright colour tank on him to start off his retrospective show.

Gunge Blaster: It’s no secret that Jon loves the Gunge blasters, well as long as he is the one doing the aiming and firing. Sadly for Jon he is in the hotseat. The end Gunging in this game has to be up there with some of the best of the season so far, with a blue and white smothering

Lucky or Mucky: L Or M is another game that is being featured heavily this season and is also one of Jon’s favorite games to play. A fan sent us back the Power Rangers suit for Jon to wear especially for this game. The Gunging is a gorgeous purple tone with a gunge bucket throw added for extra effect!

Jon’s GYOB Test Splat! Special : Jon stars in this “Splat! Labs” video where he tests various types of different Gunge for The Splat! Show. Staged as a homage to classic show Get Your Own Back with School Custard Gunge, Snot and R.A.W (really awful waste)  test with Jon wearing the classic Get Your Own Back custom made t-shirt. 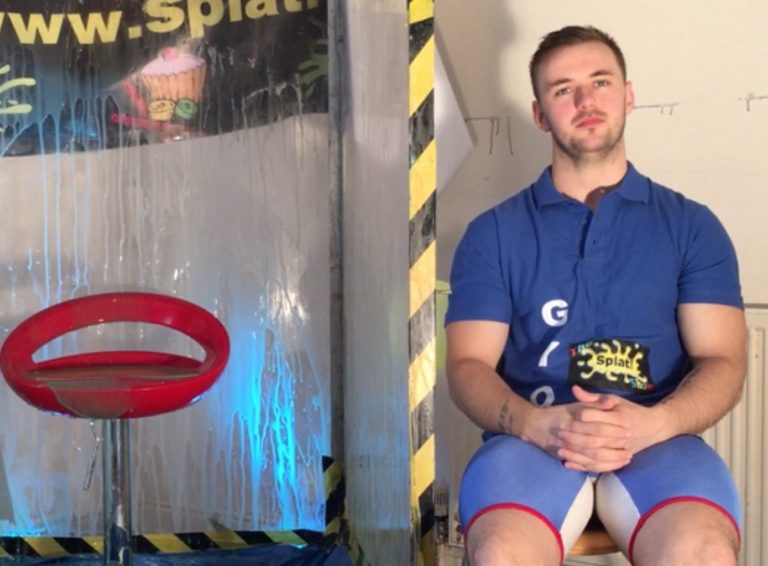