It’s time for Jon to hand over the Splat! model of the year mantle to our new guy Kyle in this fantastic season 15 feature length show and the biggest show this season, so far!

Join Jon and Kyle as they star in their own special Splat! Show. This show features many messy games, laughs and the return of Gunge Wrestling!

The Handover Gunging Surprise: It’s time for Jon to officially hand over the model of the year duties to Kyle for the year ahead. Kyle, fresh from his Sunday football match arrives at Splat! HQ and goes straight into the Gunge Tank as Jon interviews Kyle. Jon then hands over a small trophy and then pulls the Gunge Tank lever on Kyle for the first time!

Custard Pie Dodge: With the handover complete it’s time for Jon and Kyle to play some Splat! Show games together! The first is Custard Pie dodge. Jon and Kyle are in the tank together. Each has to answer their own question correctly to dodge the custard pie and throw it back at the other person. Who will win out and avoid the Gunging!?

Lucky Or Mucky: Kyle get’s the first taste of a season 15 game in Lucky or Mucky with Jon firmly in charge outside the tank. How far will Kyle get and will he stay lucky or end up mucky? Jon also get’s a nice surprise in this game too!

Gunge Wrestling Finale: When we did this last year we said it would be the last time due to the mess it made, but here it is. GUNGE WRESTLING FINALE! Enough said! 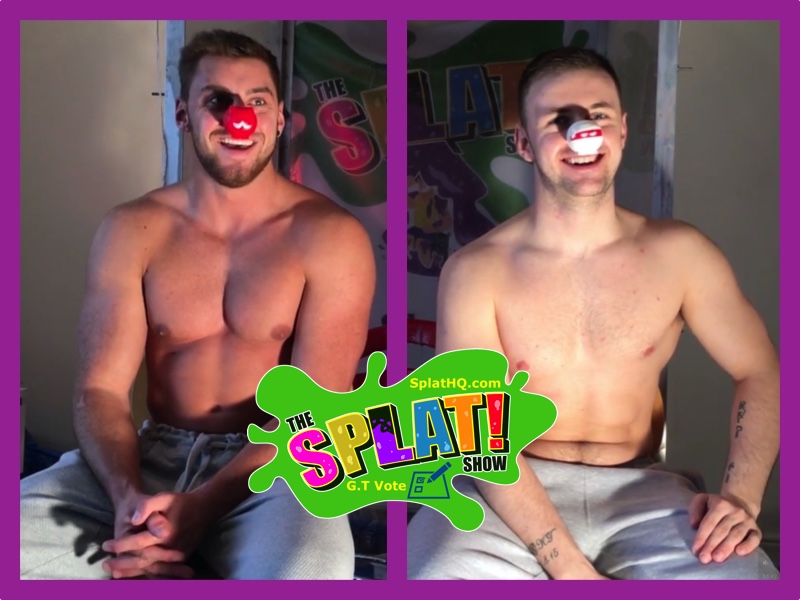 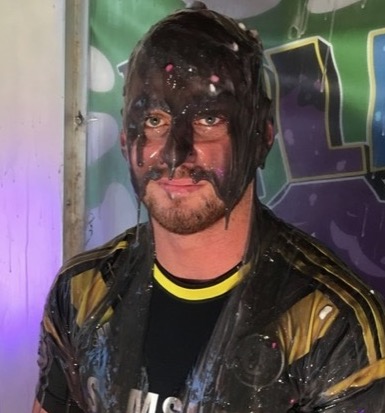 The Jon Vs Kyle Picture Pack

View a special picture pack from the Jon Vs Kyle shoot shot especially for the Fan Club!