We always try to find the best possible faces to launch our next season of Splat! Shows. It’s never a easy challenge but when the search goes right, it really does plays off. Case in point with Marius when we were told a while ago was interested in coming to shoot a show with us. Fast forward three months and it’s finally happened. Does Marius live up to the launch show stars of the past? Short answer is a BIG YES. If you want the longer answer, we recommend you stop reading now and download his marvellous show.

The Gunge Tank Interview: Of course it’s back! We love a good chat with our guests and especially more with brand new ones! We interview Marius inside the Gunge Tank and then give him his first ever Gunging. Did we make a new Gunge Fan? Find out.

Lucky Or Mucky: The Return!: After taking a break last season, the Splat! Show classic game Lucky or Mucky is back! This season we will be making alterations to this classic game as the season progresses. Marius plays a slightly tweaked version of Lucky Mucky. The risk is that Marius will gunge himself if he is unlucky and pulls the cord releasing the tank above his head. Each incorrect answer Marius has to select a number, it that number is unlucky he then has to select a cord. How far will Marius get? Or will he get mucky very quickly when his luck runs out?

Foam Me Up: We know, we know, yes Foam me up is back. We know we said we was going to retire the game for this season but it’s just too good and popular to shut away for an entire season. So it will appear a few times this season and we are kind of glad we did it with Marius because, yep you guessed it, it is marvellous! Marius takes on a round of the popular foam me up with the ever threat of a tanking if he get’s completely foamed up!

Tour De Gunge:  Season 17 will feature a season wide competition between select season 17 guests in Tour De Gunge. A exciting, messy and crazy new game with physicality at it’s heart. Each guest has five minutes to cycle as far as they can. The catch? This is Tour De Gunge so the cyclist will have to contend with massive amounts of Gunge, which will hinder their progress. First up in this show is Marius. Watch as Marius takes on the first ever Tour De Gunge. How far will he get? Marius sets the marker. Click here to view the TOUR DE GUNGE LEADER BOARD

The Splat! Debrief: Has Marius recovered his breath from his Tour De Gunge to even talk to us? We find out as we chat to him in the debrief. What did Marius enjoy (spoilers, the gungy bits)? Will he come back? Does he want his final Gunging of the show (again spoilers, of course he did). We loved having Marius on the show and we really hope you have fun watching!

Content Guidelines: No shirtless scenes and no swear word usage. If we had to give it an age rating it would be PG. Learn more. 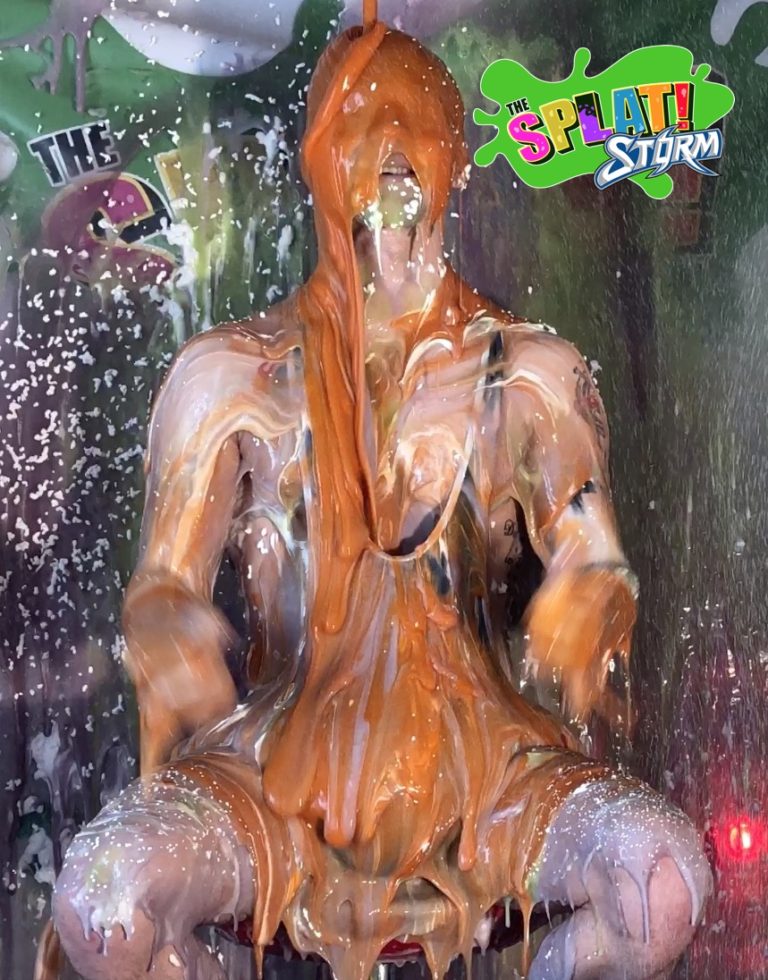 Marius took on our famous Splat! Storm. The Splat! Storm is a relentless deluge of gunge from all directions. Gunge blasters, foam cannons, bucket throws and tank drops. There is nothing quite like the Splat! Storm. Running time: 9 mins 40 secs. Presented in HD & 4K. Video download plays full screen in 16:9 ratio. 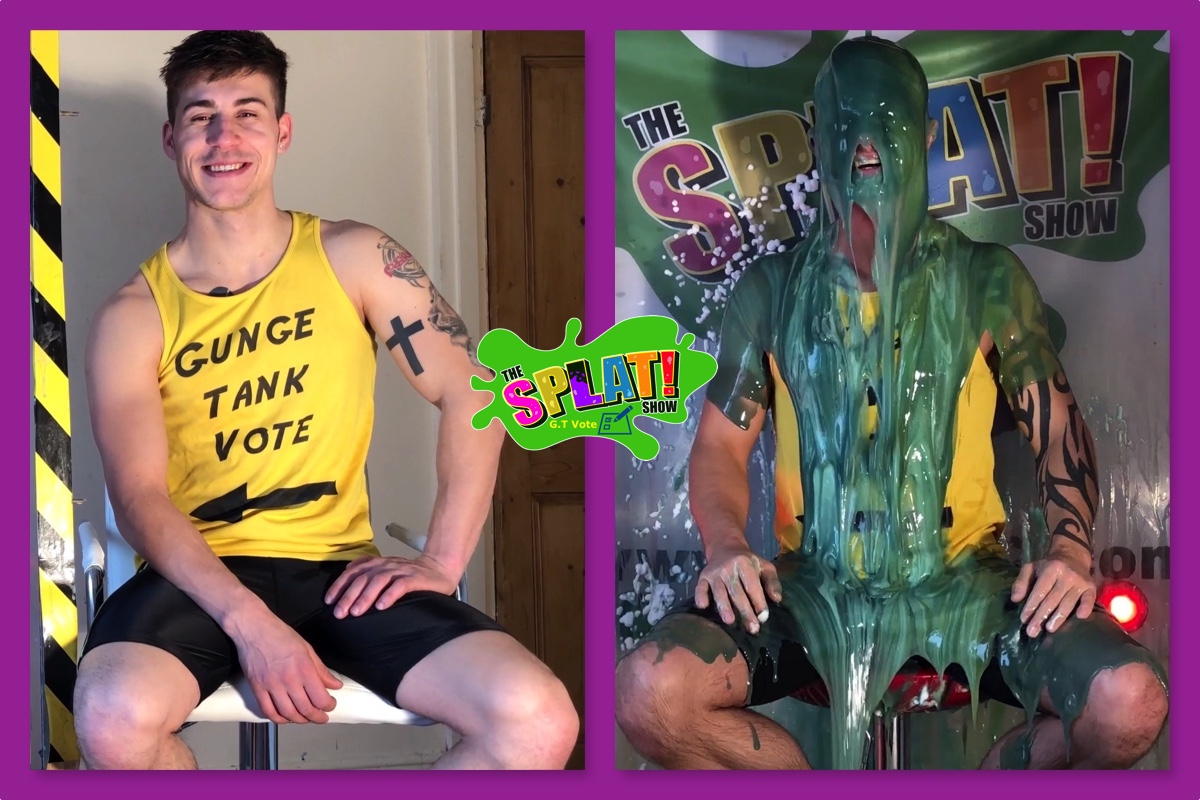