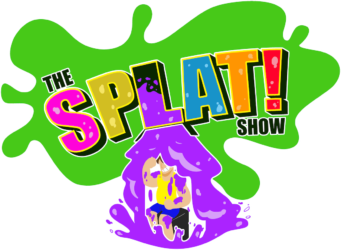 Pre-Shoot Offer: Save and get our content early by taking advantage of our special pre-shoot offers!

By taking part in our Pre-Shoot Offers you agree to our Terms and Conditions.

Our next season 20 shoot has been announced!

It’s been a while since a full time fitness model has appeared on The Splat! Show so we are very excited about welcoming Shadow to the show on Sunday May 22nd.

We have decided to focus all our attention on Shadow’s shoot and as such have altered the pre-shoot offer for this shoot. We are offering you the chance to save on Shadow’s Splat! storm by participating in this pre-shoot offer and get an exclusive picture pack too!

Get Shadow’s Splat! Storm at reduced price than general release and also receive a special pre-shoot only picture set from Shadow’s shoot that will not be featured in Splatography Drop! All sent to you on Sunday 22nd, the same day we finish shooting with Shadow.

A fitness fanatic with a passion for bodybuilding, martial arts, medieval reenactment, archery, sword fighting and of course, modelling.

I’ve taken part in a number of 1 on 1 personal shoots with a variety of photographers, some couples style duet shoots and some strobist style collaborations.

I have been modelling on and off for over ten years now.

I took a long break away from it, but am back now and keen to get some new experiences!

The Splat! Show looks very exciting to me! It looks like it will great fun, and an awesome experience.

I do, I remember shows such as  Funhouse, Noel’s House Party, Live and Kicking, and Get Your Own Back. I remember the uproar from the crowd and fans as various people from all walks of life would get gunged, including celebrities!

It’s always been very popular, and I’m glad The Splat! Show has reignited the passion for it and kept a tradition alive!

My expectations of The Splat! Show is that it will be fantastic and fun. I’m sure I will have a really great time, and I hope the viewers and fans do too!

Sometimes I’m cheeky and quite funny, other times maybe it’s only me who finds myself quite funny, but either way, I’m sure everyone will love watching me get gunged whether they find me funny or not.

I’m hoping I will do well! I’m not opposed getting mucky and it will certainly be a new experience for me.

My general knowledge also isn’t overly great, so I’ll definitely be in for a messy time!

Ooh, now that is a thought indeed! There are so many to choose from!

I’d quite like to see both Boris Johnson and Piers Morgan get gunged. Maybe a little head to head. I think that would make great entertainment, and I’m sure a great many others would agree.

Offer Details: Order before the offer close date to get Shadow’s Splat! Storm at reduced price than general release and also receive a pre-shoot order exclusive picture set that won’t be featured on Splatography drop.

ORDERS CLOSE 9AM Sunday May 22nd. Order link will be deactivated on May 22nd.  Please see our full T’s and Cs for more details.

don't forget to participate in The Gunge Vs Pies Showdown For Shadow GT Vote
Translate »
Manage Cookie Consent
We use cookies to optimise our website and our service. Select the cookies you are happy to enable while you browse our site.
Manage options Manage services Manage vendors Read more about these purposes
View preferences
{title} {title} {title}