Out of all the guests we’ve had on over the years, it is James T who waited the longest to get into our Gunge Tank. Casting our shows takes time, usually a few months. Getting our diary aligned  is always the challenging bit. James T was originally supposed to shoot with us a whole year before he finally made his eventual debut. It was worth the wait.

Now two years past since his first Splat! Show appearance, James T is back making his final appearance in our Gunge Tank. Our returner specials have always been highly anticipated by fans and we really hope you enjoy our first returner special in quite sometime.

The Splat! Wheel Of Misfortune Gunge Tank Interview: Instead of us pre-planning the games for James’s returner shoot, we decided to let the Splat! Wheel Of Misfortune decide. Before James spins the wheel for the first time, the crew interview James to find out what he has been up to in the two year gap between show appearances. Then it’s time for James to take the first spin of the wheel. If it lands on his chosen colour he escapes the gunge! 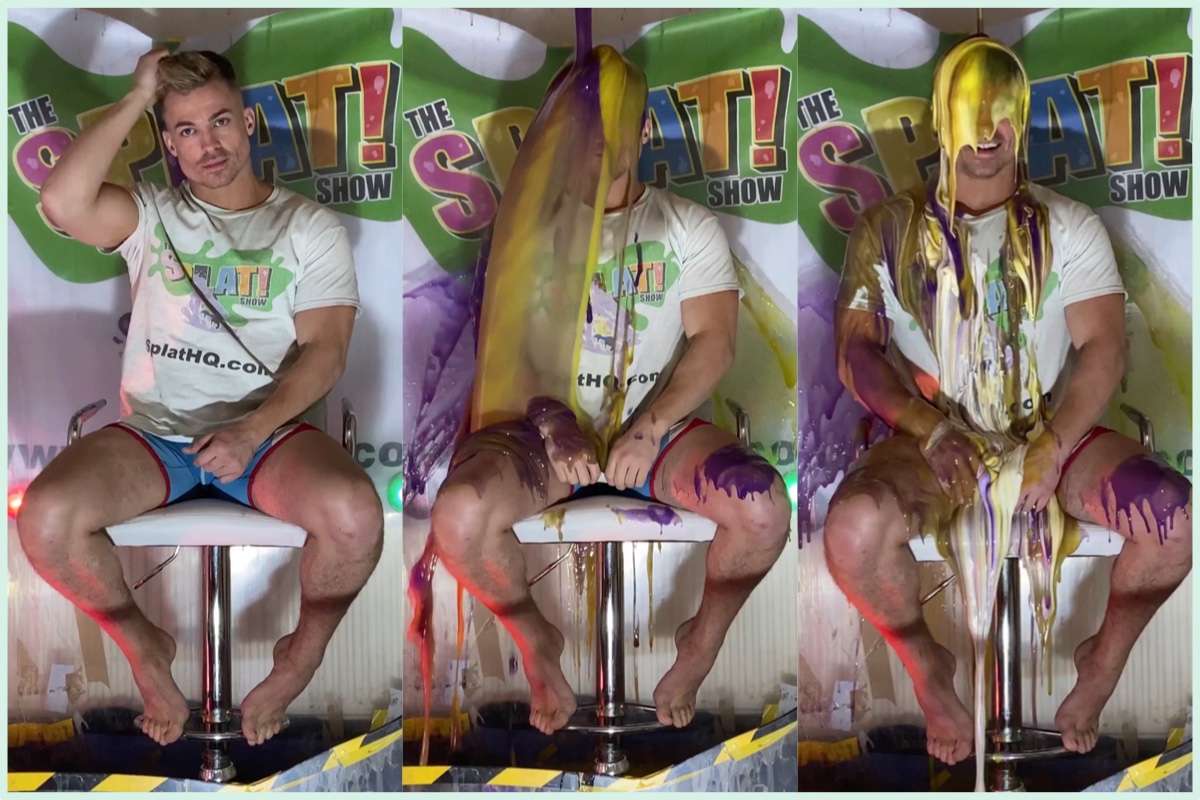 The Splat! Wheel Of Misfortune: The Mega Gunge Quiz: For the first game in the show, the wheel selected Mega Gunging for James. In this round, James is gunged every time he gets a question wrong. From Gunge Blasters, bucket throws and the inventible tanking, this quiz is mega mess on so many levels. 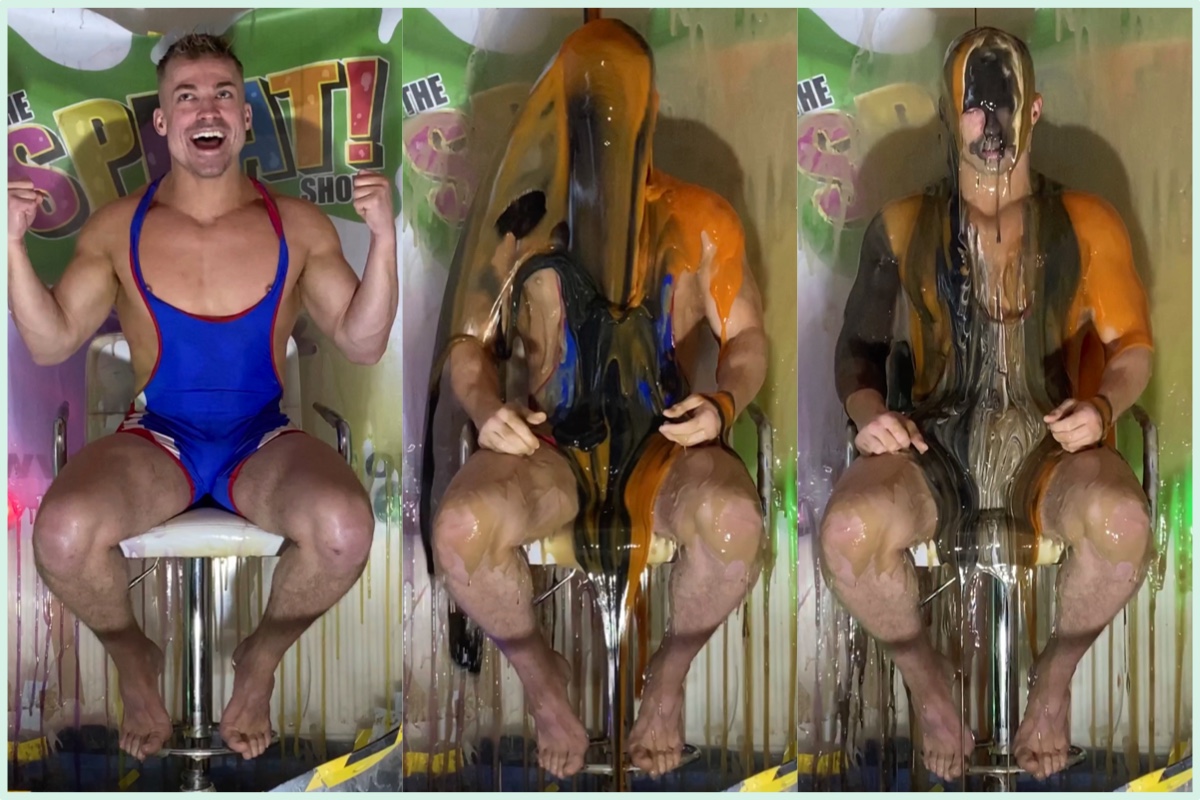 The Splat! Wheel Of Misfortune: Fill Ya Pants: For the second game of the show, the Splat! Wheel landed on a firm fan favourite from a few years ago. Fill Ya Pants! If you don’t know the rules, they are simple. Each incorrect answer James has to fill a cup of gunge in his pants, if they start to spill out it’s game over. Game over means James has to take his seat for a Gunging. 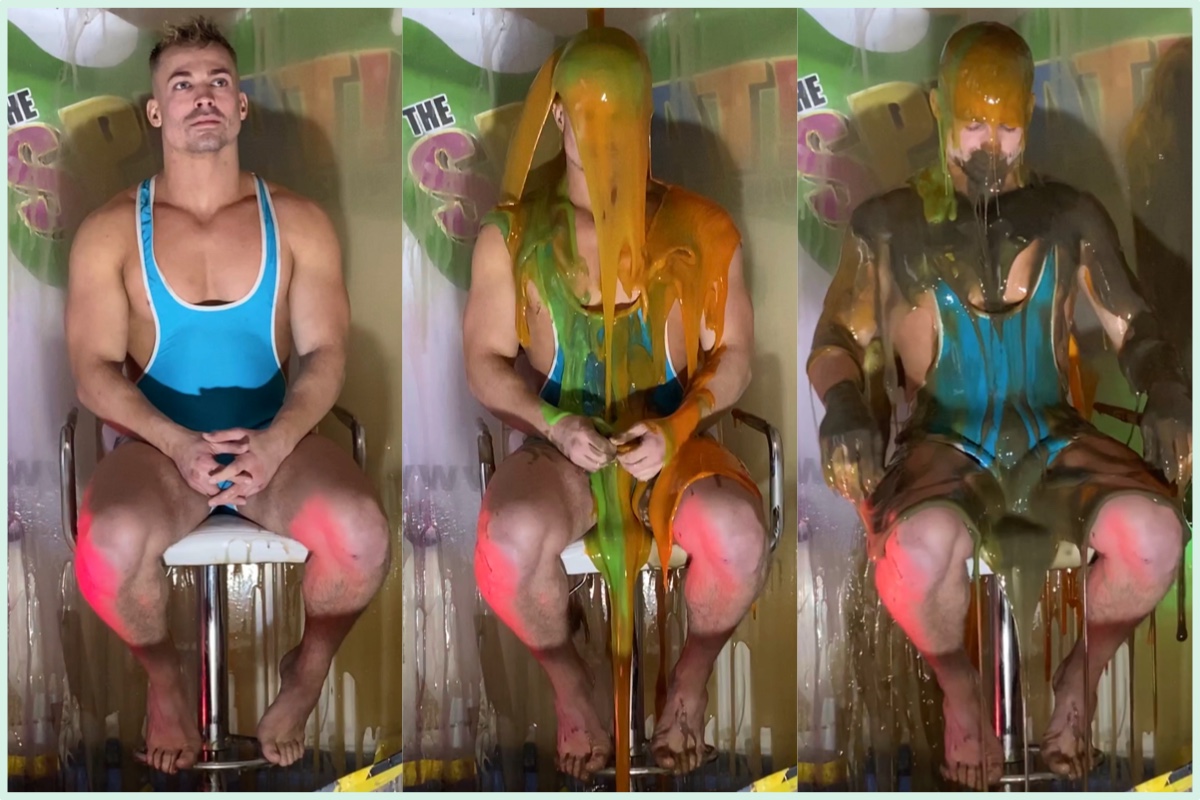 Splat! Pie Target Challenge: Season 17 had Tour De Gunge, Season 18 has Splat! Pie Target. As with Tour De Gunge, Splat! Pie Target will run throughout this season. James, Splat! Show producer has ten pies. He has to aim for the head to get a point. James is playing for the guests here. To encourage our guests to sit still as possible so James can get a clear shot, the model with the most spot on hits will win this season’s non messy prize. Of course they have to get messy to win, so it’s a win win for all parties. 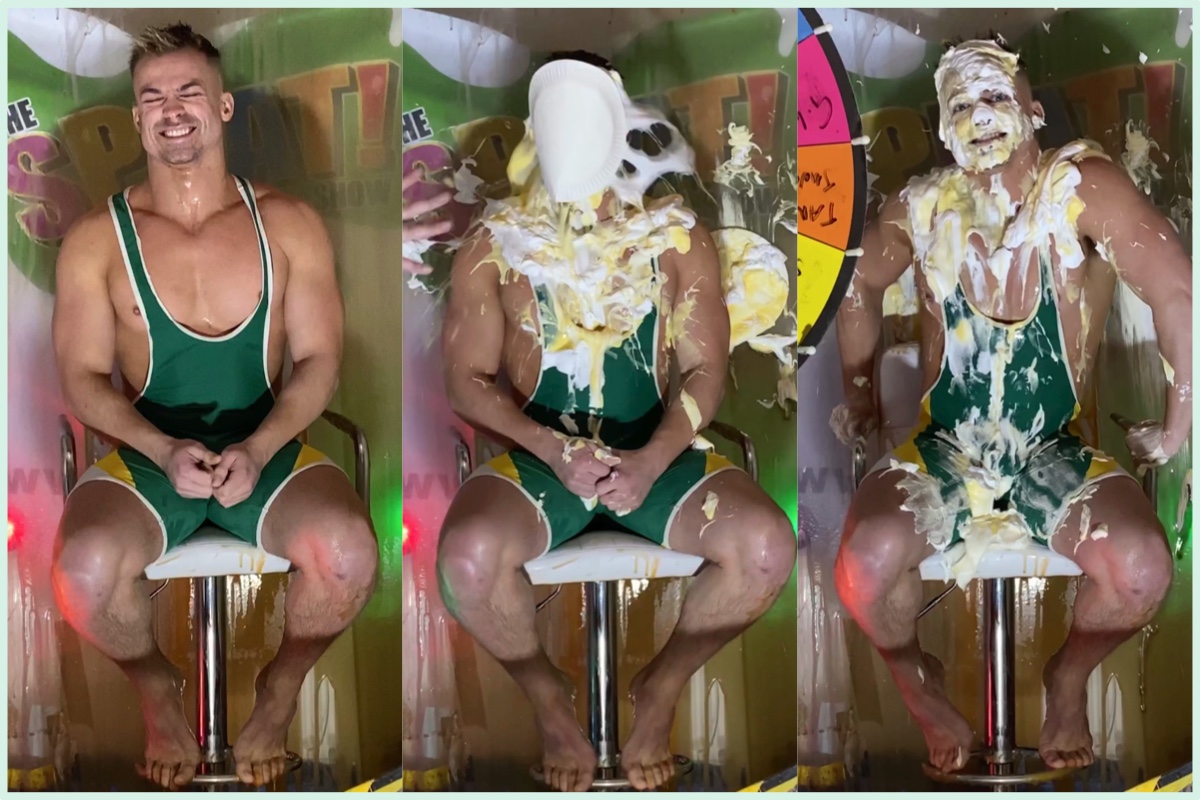 The Splat! Wheel Of Misfortune: GUNK THE HUNK & Debrief: For the last spin of the show the wheel selected Gunk The Hunk for the finale and debrief. First season way back during season one of The Splat! Show, GUNK THE HUNK sees James try and persuade us he ISN’T a Hunk. A challenge for James and the majority of our guests. Will James persuade us he is just a normal guy under that hunky exterior or will he get The Gunk! 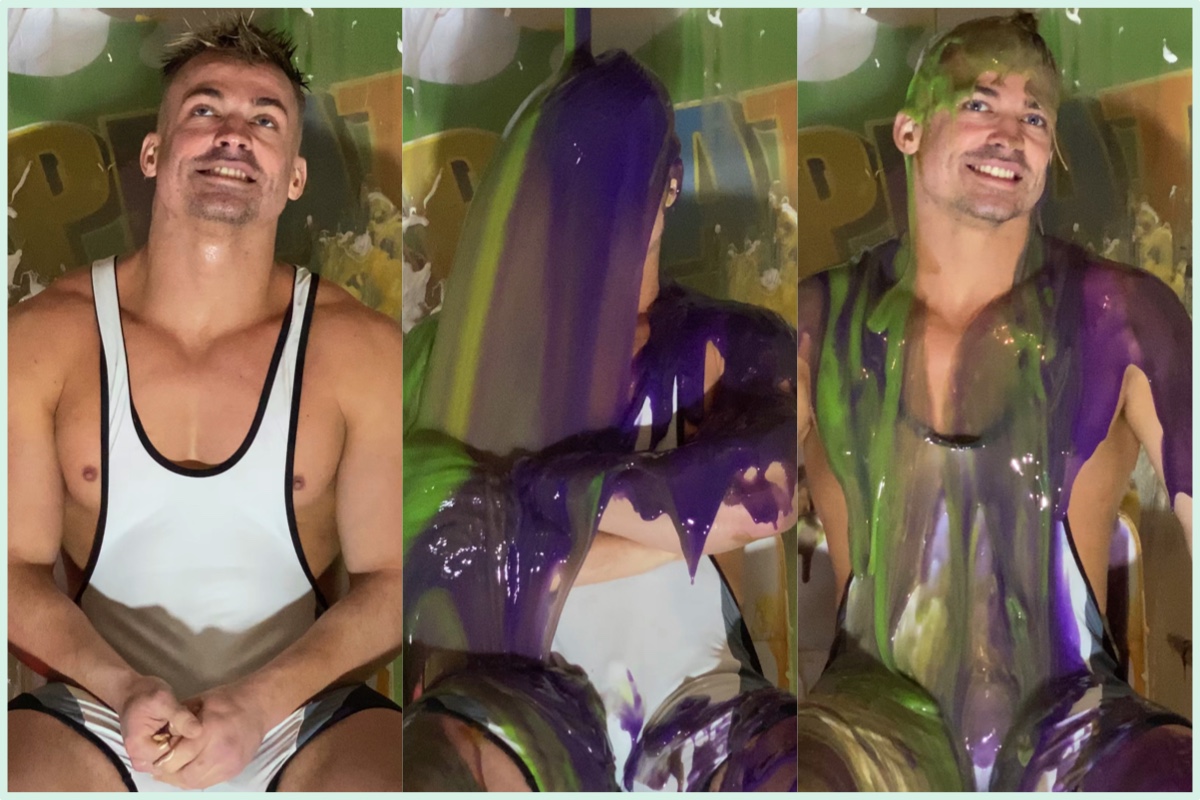 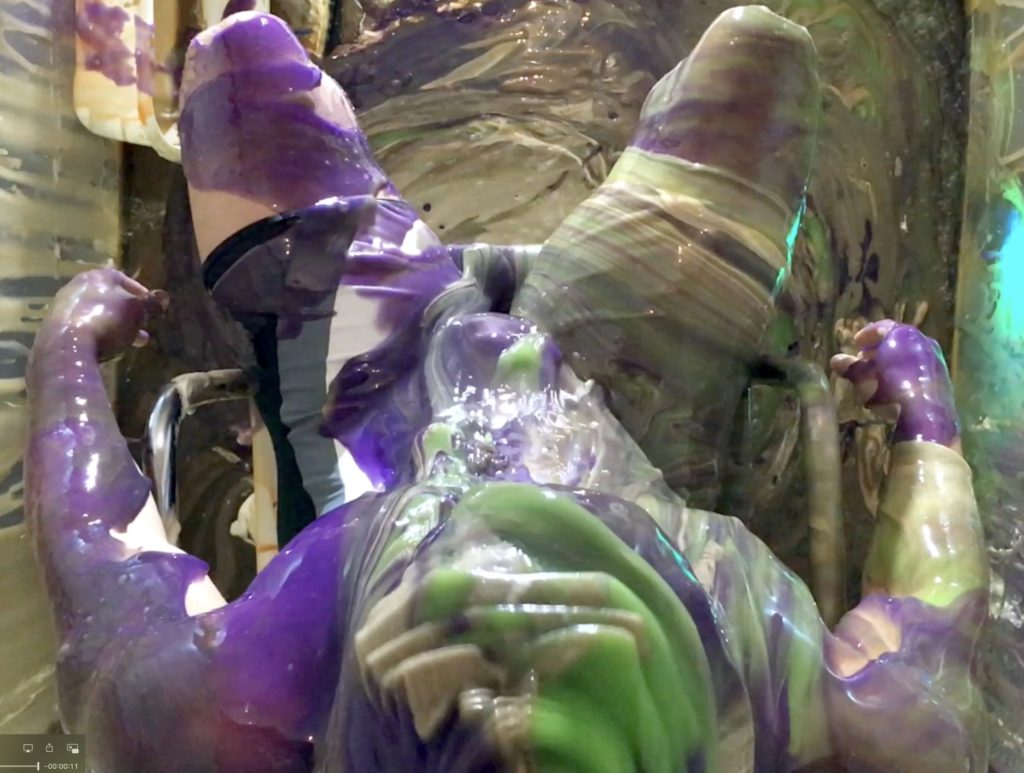 Aspect ratio of preview images have been altered and cropped from the video download. Video download plays full screen in 16:9 ratio. 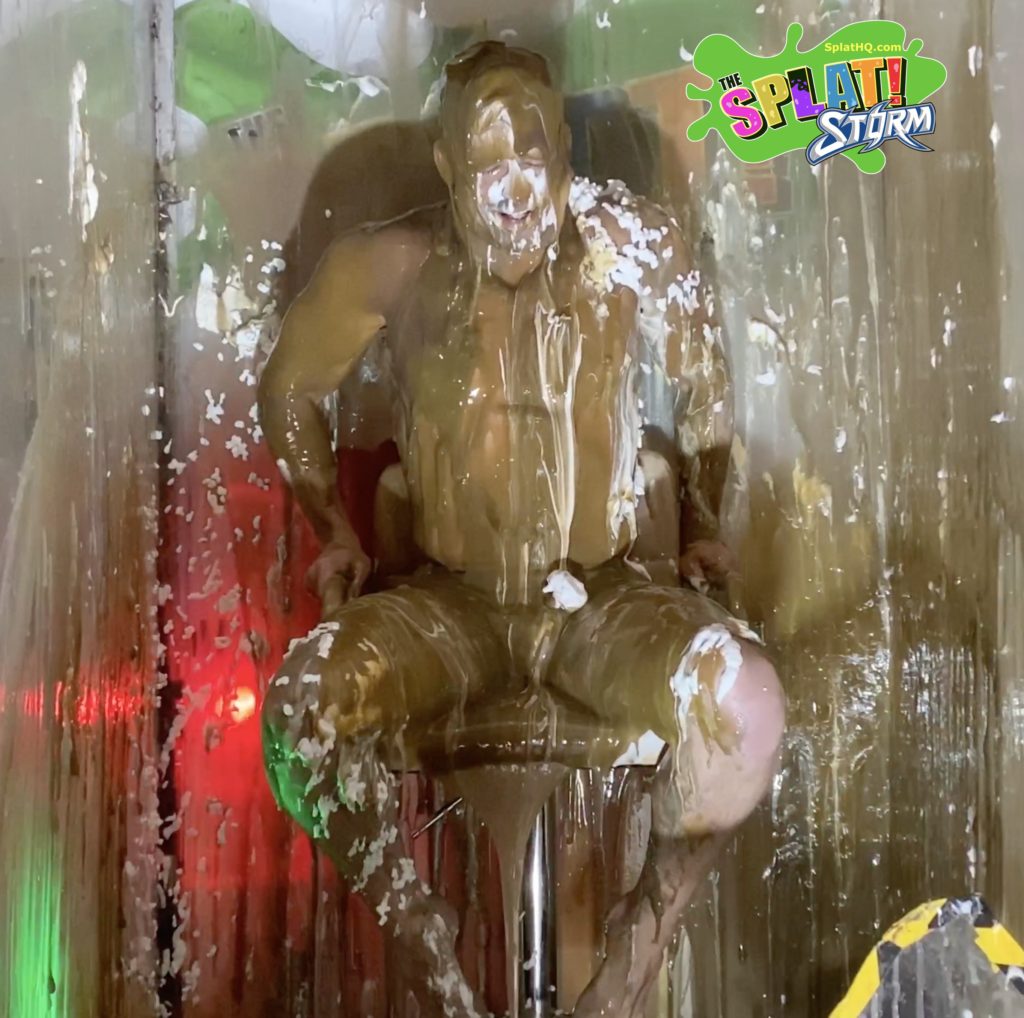 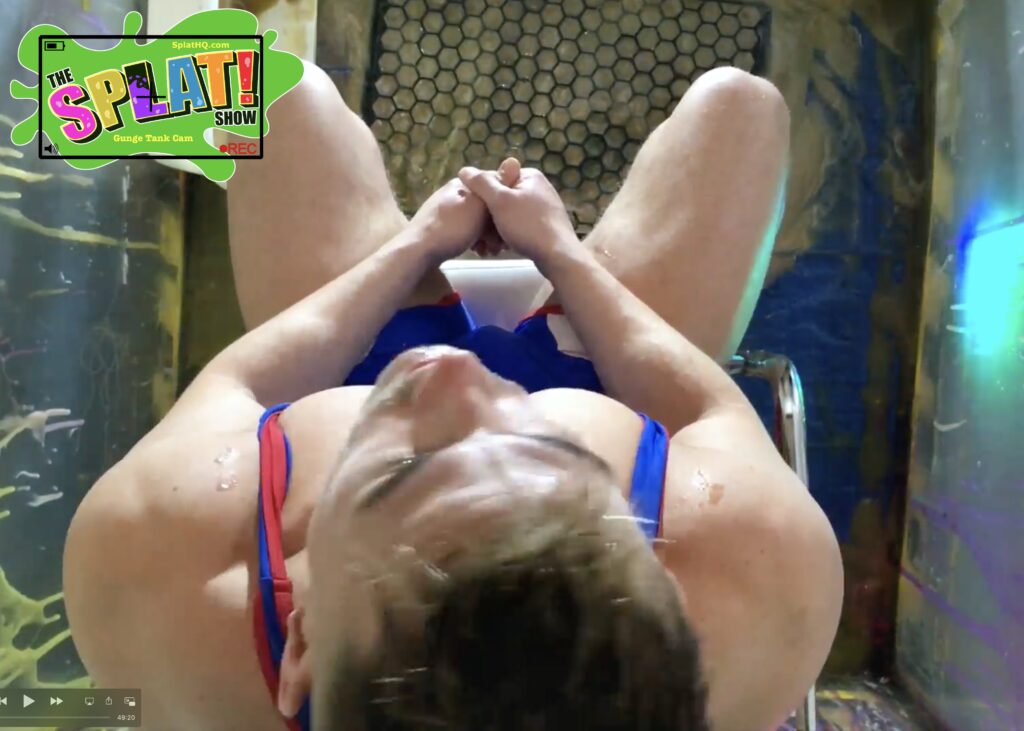 Check Out James' Other Splat! Shows...