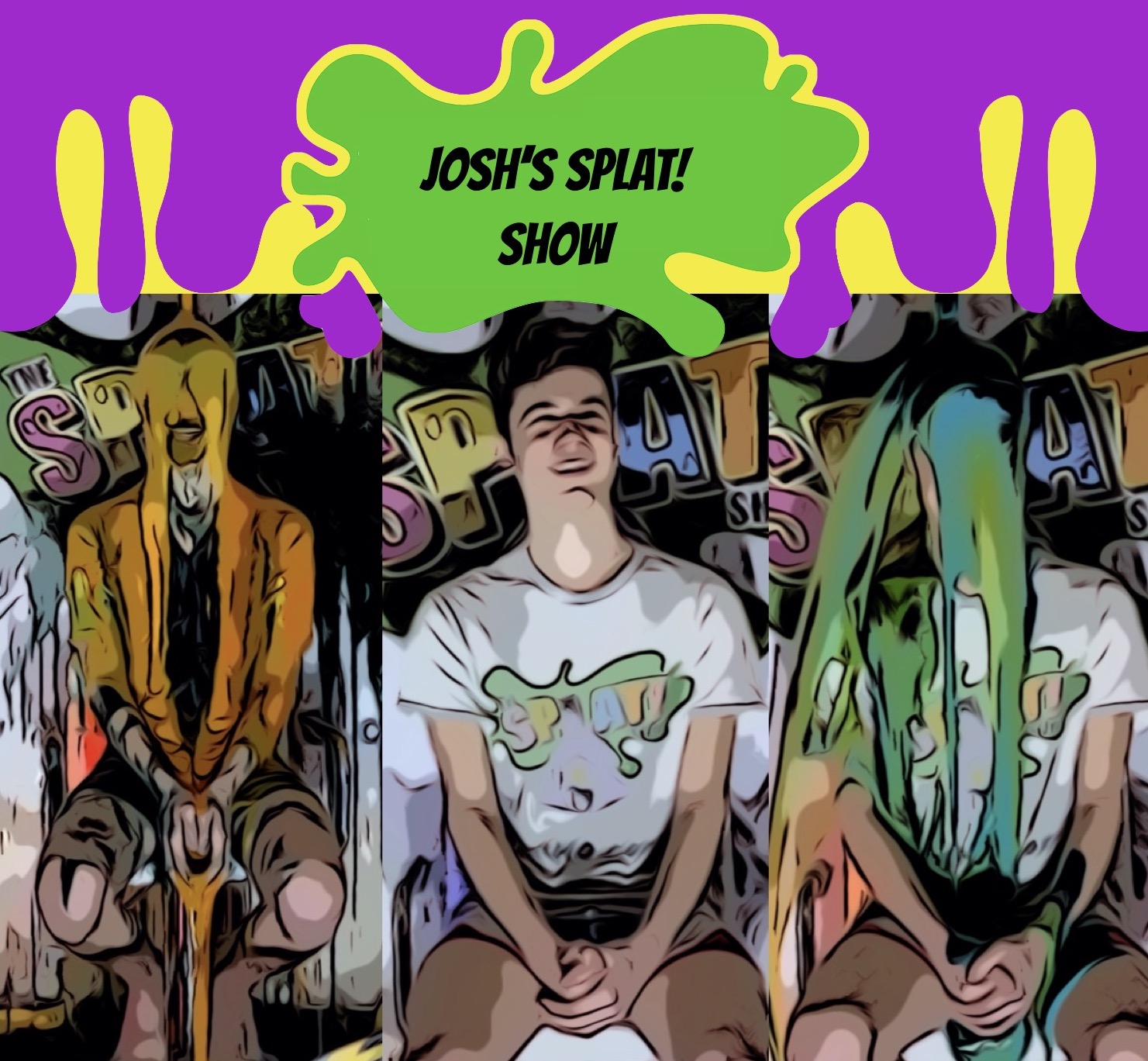 Welcome to 2020! It’s the start of a new decade and we wanted to start the 2020s with a brand new guest. It’s been far too long since a new face made their Splat! Show debut.

Josh is an 18 year old student and part time model. Josh is a environmentalist, activist and a vegan and it was a real pleasure to have Josh on the Splat! Show for our first new release of the decade.

Since this show is part of our pre-season 18 specials, we didn’t preplan the games that Josh would play. Instead we brought back the Splat! Wheel Of Misfortune to select the games Josh would play. After each segment Josh spins the wheel to decide his next game and ultimate fate.

The Splat! Interview: Josh is our first new face for ages. Really, it has been too long since we had a fresh face in the Gunge Tank. We interview Josh to get to know him. We talk to Josh about his future plans, his interests, why he’s gone vegan and why he decided to take on the Splat! Show and The Gunge Tank. Josh then get’s his first ever Gunging in The Gunge Tank. After The Gunging Josh spins the Splat! Wheel of Misfortune to select his next game… 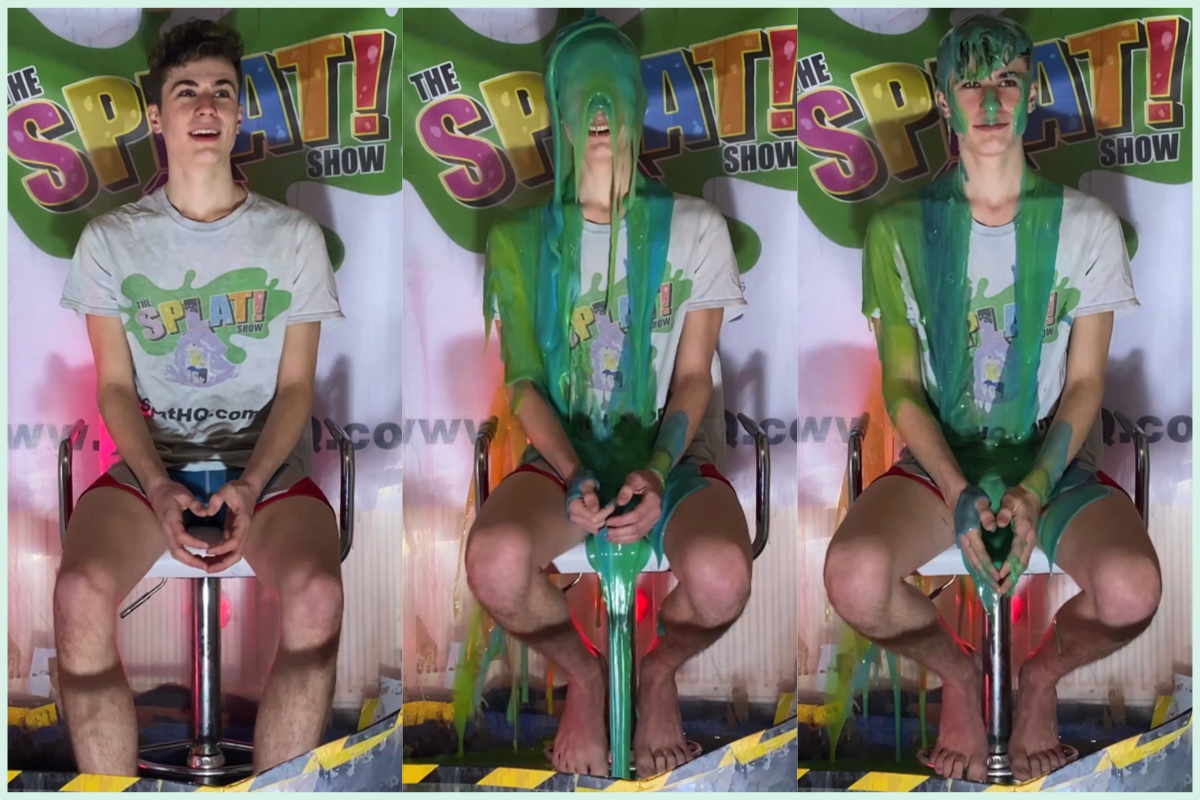 Wheel Of Misfortune: Lucky Or Mucky: Ok, so Josh’s first spin selected one of our custard pie games. Sadly due to Josh being Vegan, we couldn’t throw custard pies at Josh’s face! So the wheel was spun again and landed on Lucky Or Mucky. Josh plays a round of Lucky Or Mucky and fails after the first few questions and empties half the gunge tank on himself. We then select another number to see if Josh will get luckier or muckier! 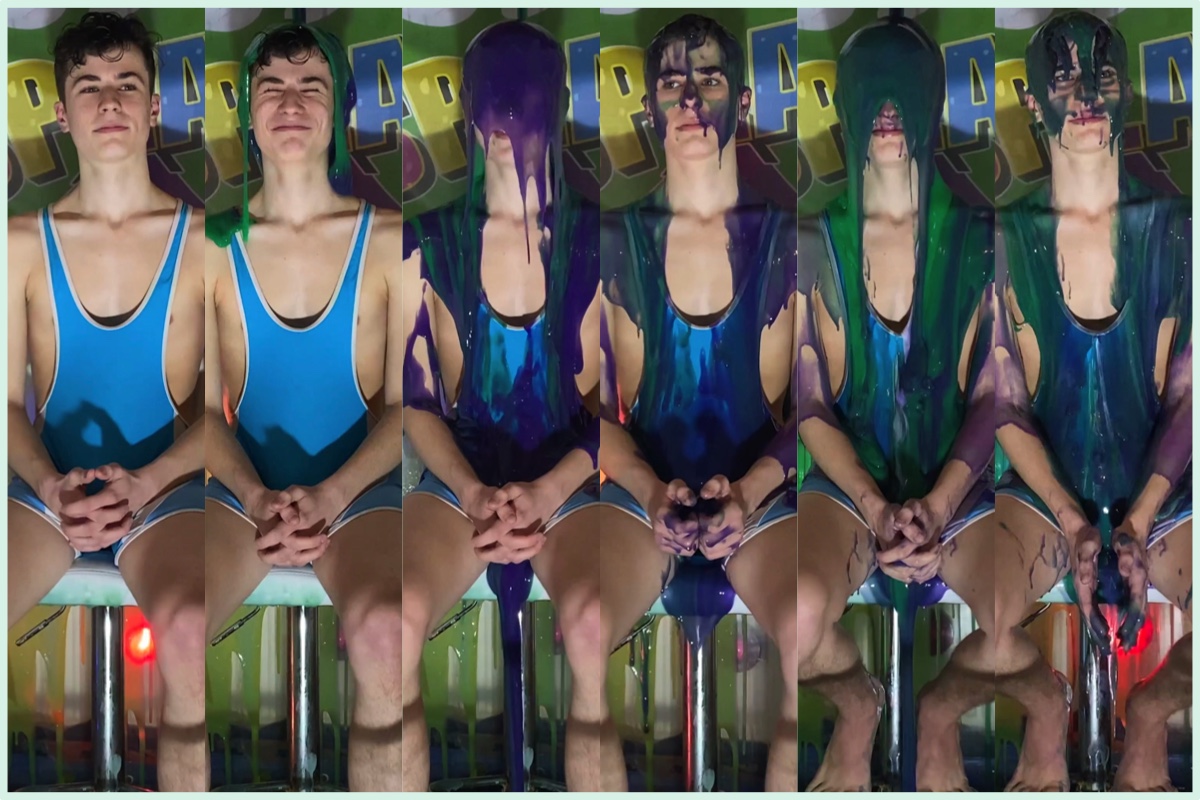 Wheel Of Misfortune: Slime Stupid: The next game that was chosen by the Wheel is Slime Stupid. In Slime Stupid Josh gets gunge blasted for each incorrect answer. If he Josh gets more questions wrong than right then the tank is unleashed! 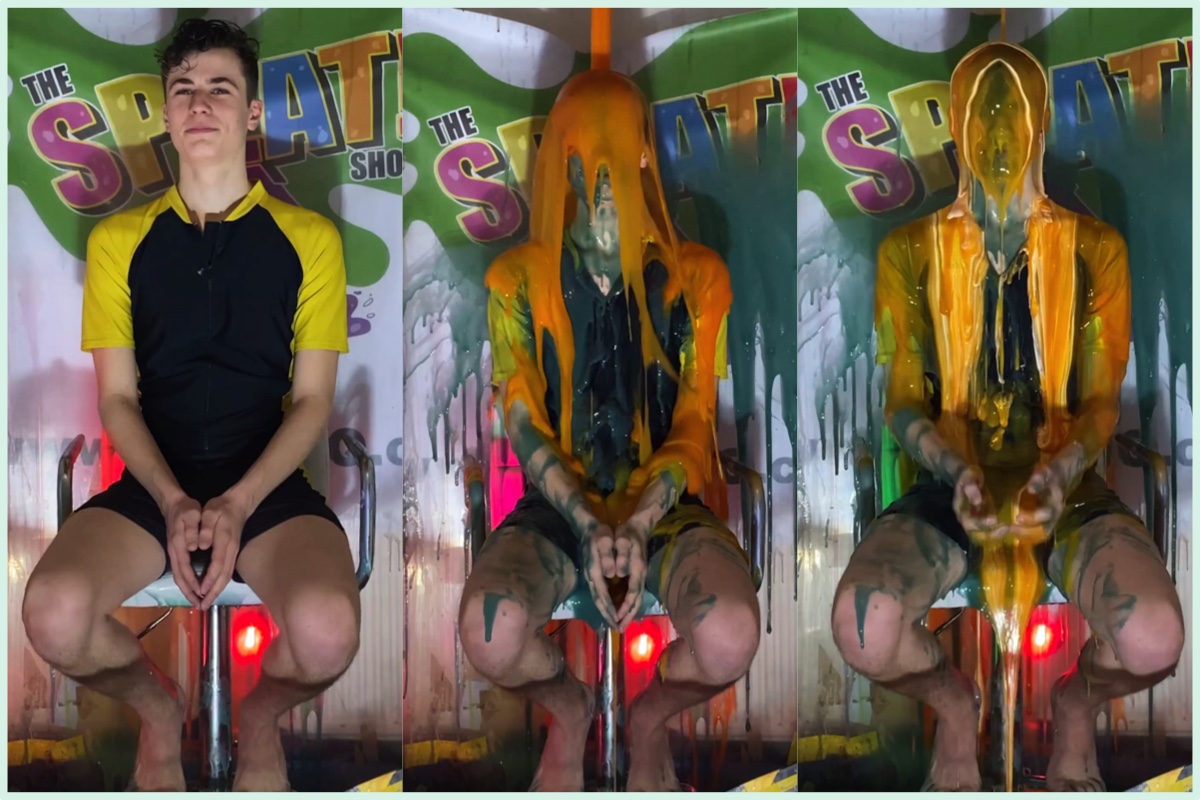 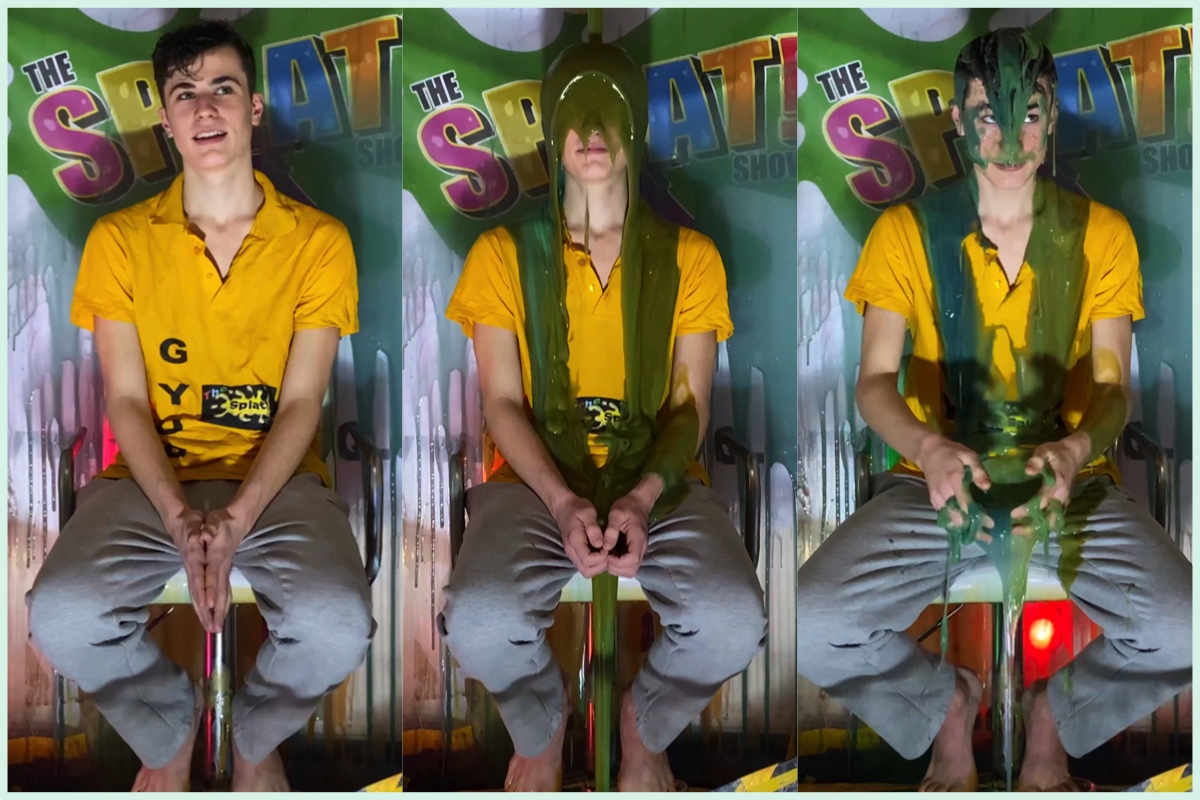 The Splat! Debrief: As is customary with new guests we have a Splat! Debrief with Josh at the end of his shoot. By this point Josh had also taken on the Splat! Storm and Gunge Tank Vote so we had a lot to talk about in the debrief before Josh’s final Gunging. 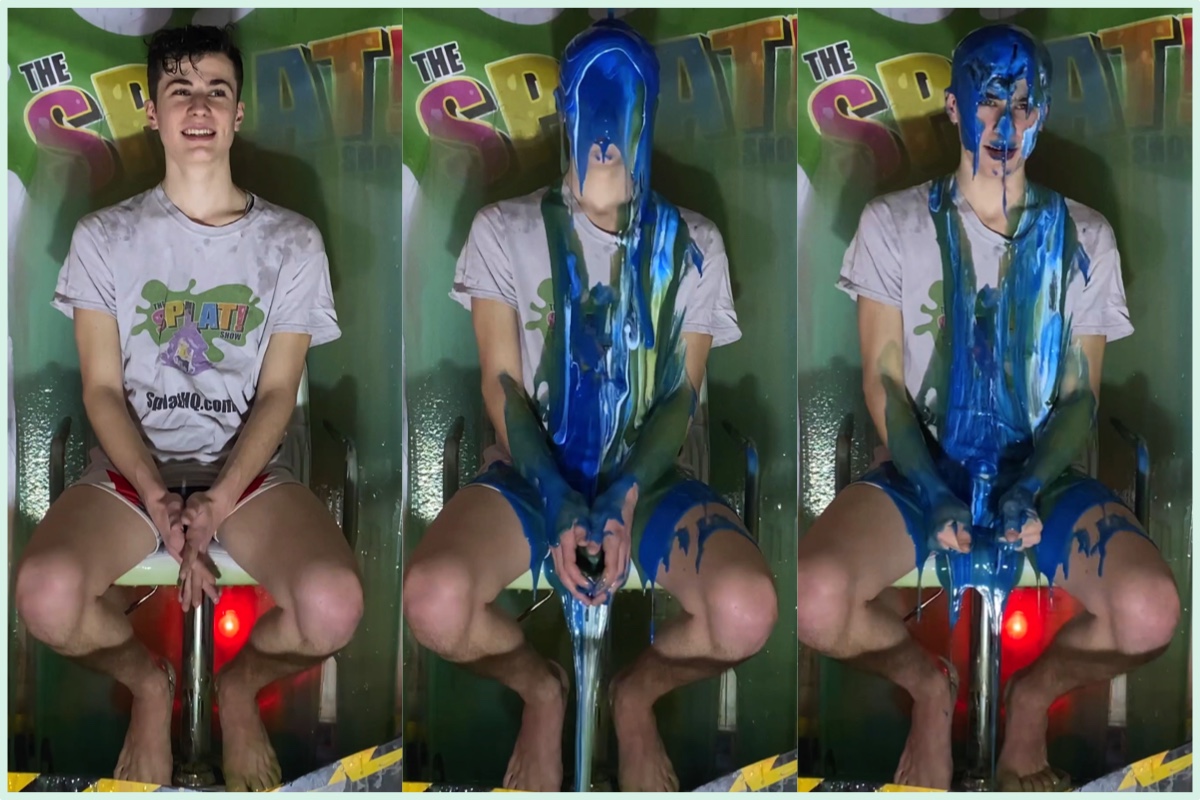 Gunge Tank Cam Footage: Josh’s Splat! Show features Splat! Gunge Tank Cam footage from all the games! If you want to watch the whole show via The Gunge Tank Cam, you can download that below under “Also Available From This Shoot”. 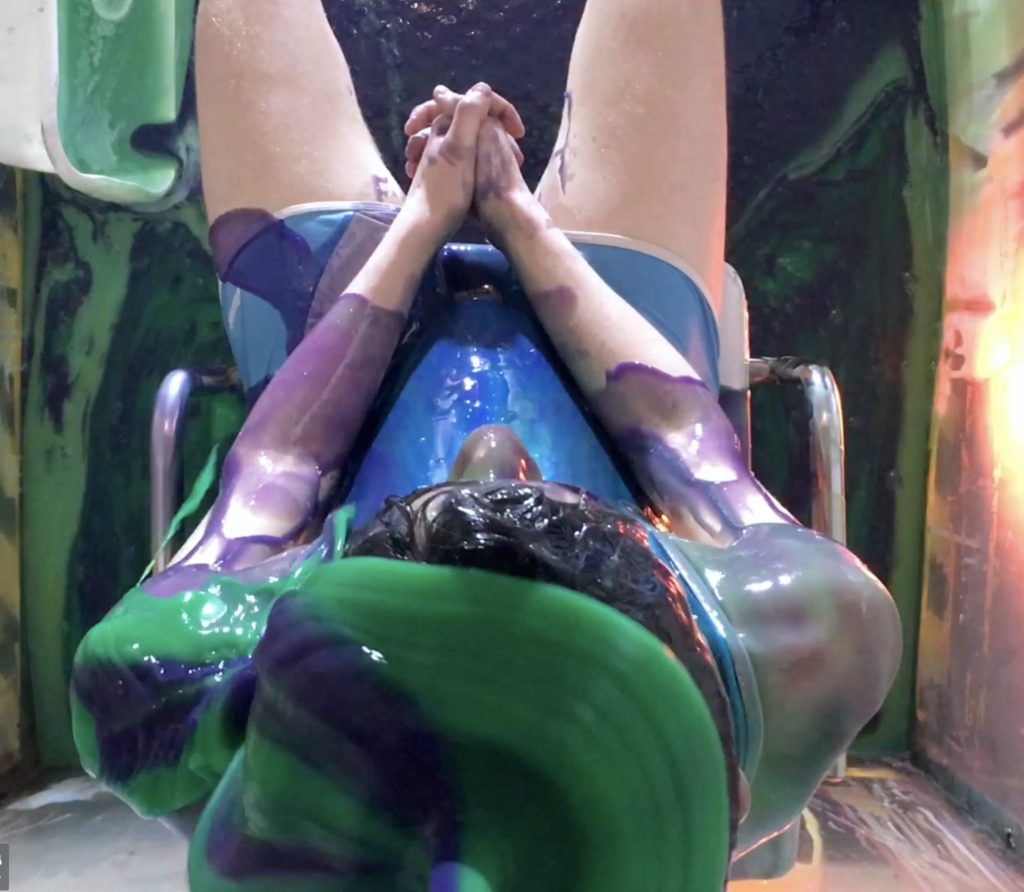 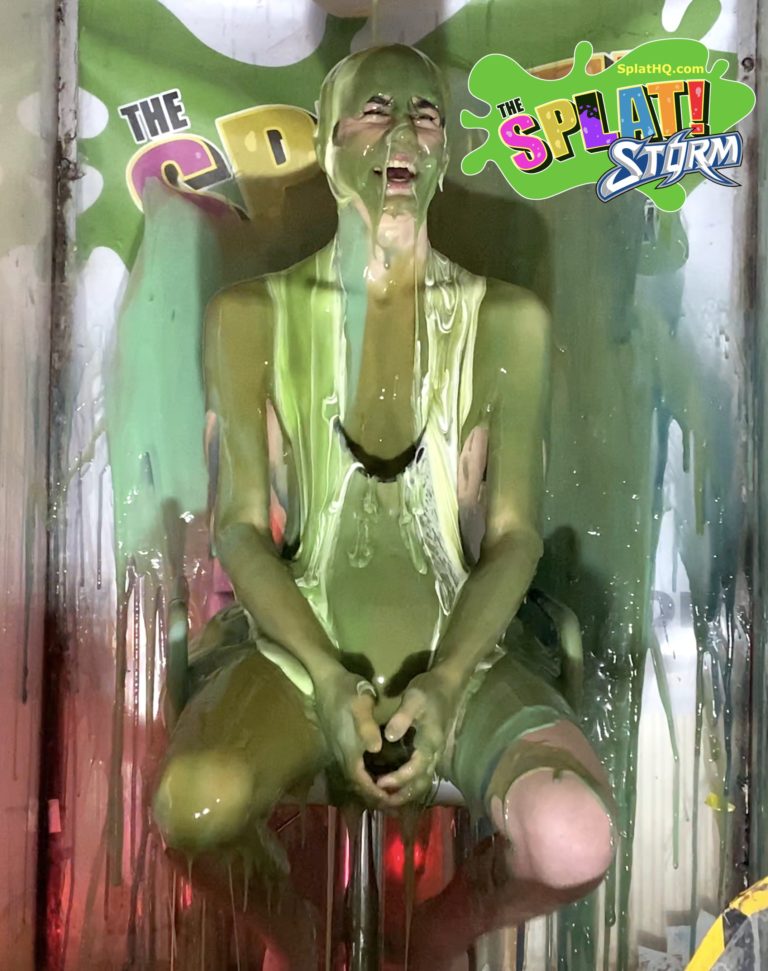 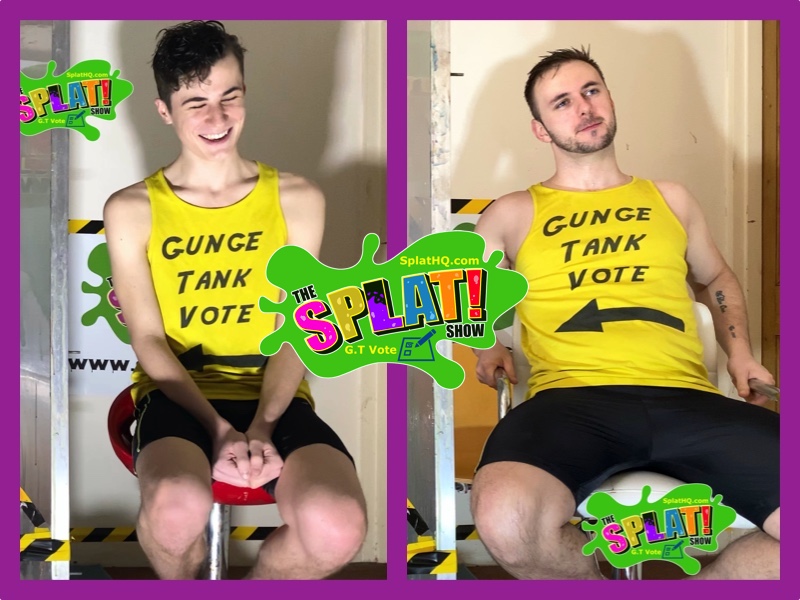 We shot a small picture pack at Josh’s shoot. You can view it over on The Splat! Fan Club now. 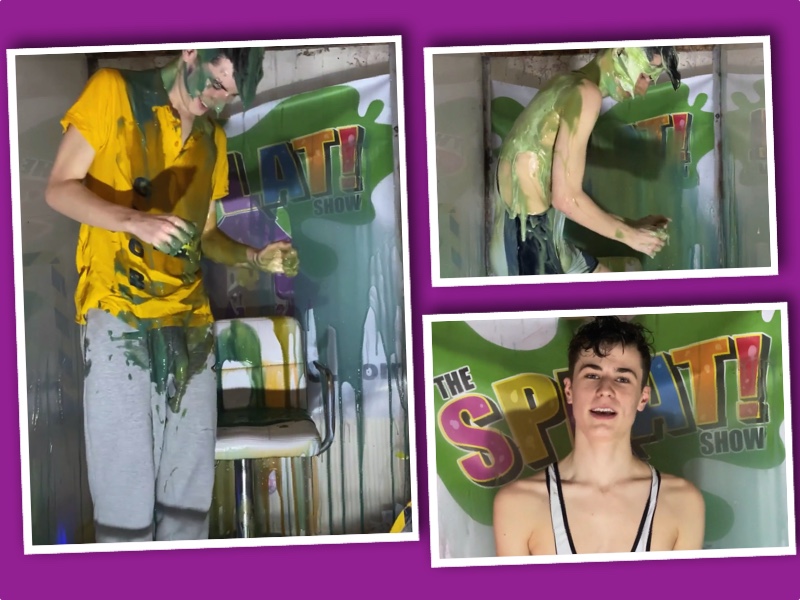 View the cut footage from the shoot for Josh’s Splat! Show. Featuring clean downs, cut footage and other bits that didn’t make it into the show edit.