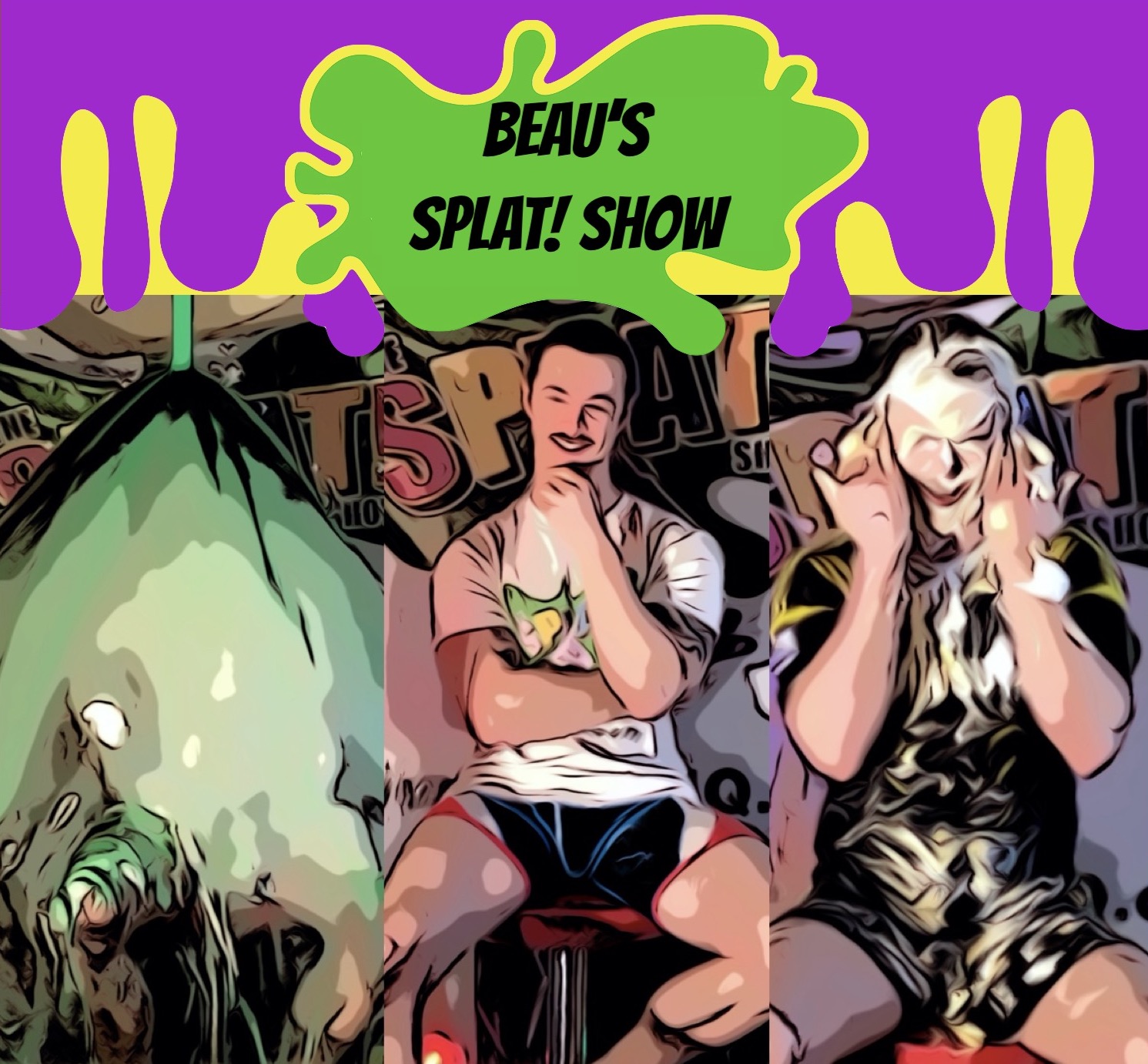 Beau (Bow when spoken) turned up at Splat! HQ and instantly made us feel a bit confused. He basically said it was good to be back on the show. Yeah, it seems that Beau has been Gunged before…just not by us. Well that was about to change as Beau was led upstairs to star in his first ever Splat! Show. Beau has a stunning and very different look for a Splat! Show contestant and we really hope you enjoy his show. Beau models his look, mustache and all, on a Victorian Gentlemen and a true Gentlemen he is!

It’s time to grill Beau on that revelation that he had been Gunged before along with many other topics so we can all learn more about Beau. His first Gunging of the show awaits at the end of the interview with some stunning colours.

Custard pies have not really been a big part of the season so far so we thought we would bring out the golden slop on a plate back for Beau and we are glad we did. He seemed to relish every sloppy pie that was flung into his face for every wrong answer. Of course a tank of gunk awaits him if he gets more questions wrong than right…

Beau was our tester for this brand new game called Total Tanking. A number game where Beau had to try and get through the game without going over the Tanking number. All Beau had to do was select a number of foam pies. Each foam pie had a number hidden within them. Beau has to find the said number in the pies as they are thrown and then add them up. If at the end of the game the total number is over 25 than it’s a total tanking for Beau! 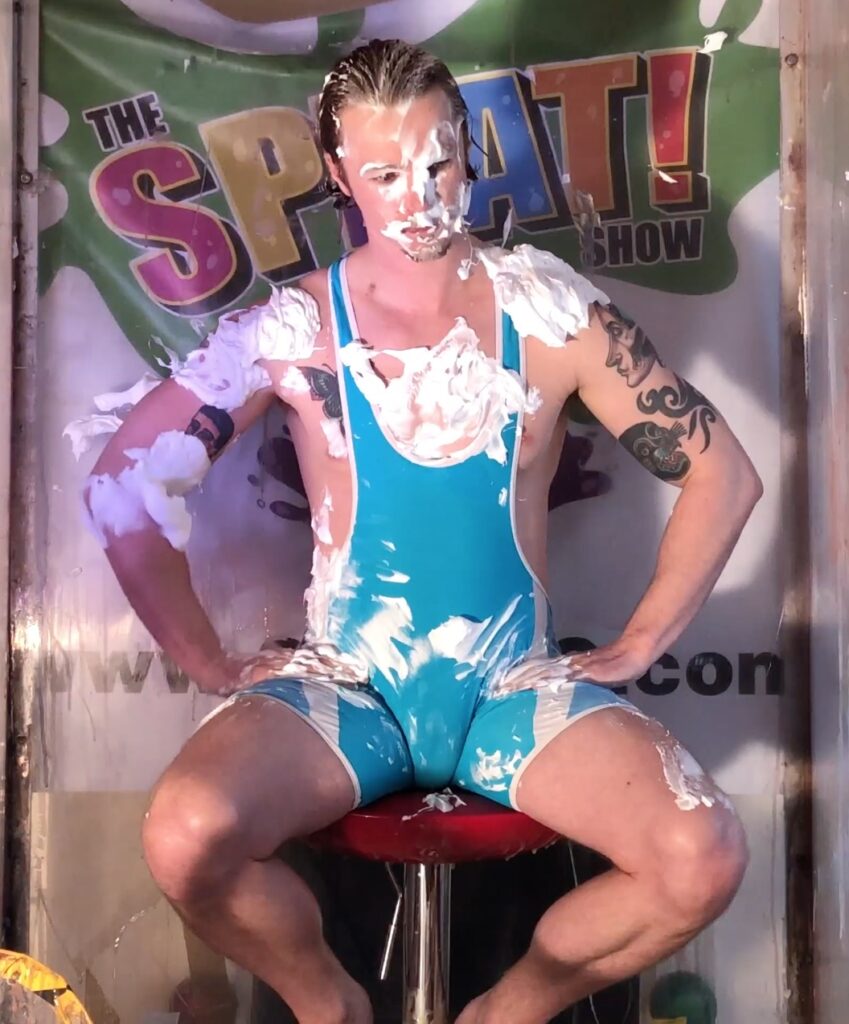 Foam me up is our game for season 16 that will feature in nearly every season 16 show. So Beau takes on foam me up and was a true star. It appears that Beau’s skin did not like the foam and started to sting but he carried on right on till the end. What a trooper! Did he get foamed up? Yep, and the tanking is a pretty sight to behold with some fantastic coloured gunge!

It’s the end of the show for Beau so it’s time to find out what he made of his time on the show. Did he enjoy himself? What did he make of his Splat! show experience compared to his first non-Splat! gunging he spoke about earlier? Everything is discussed before he gets his final taking of the show! 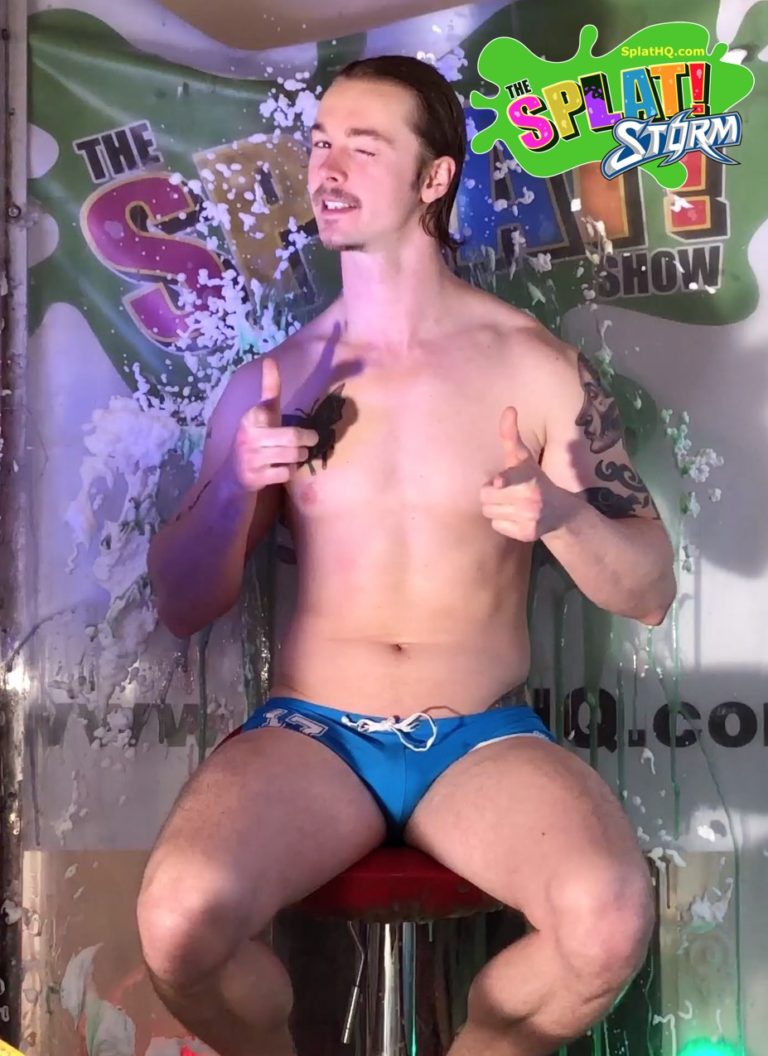 Beau took on our famous Splat! Storm. The Splat! Storm is a relentless deluge of gunge from all directions. Gunge blasters, foam cannons, bucket throws and tank drops. There is nothing quite like the Splat! Storm. Running time: 7 mins 07 secs. Presented in HD and 4K.

It was Malcolm Vs Beau for this Gunge Tank vote. Malcolm got the most votes and was instantly sent to tank for the Gunging. Beau had to try and escape his fate in The Great Gunge Tank Escape but failed! 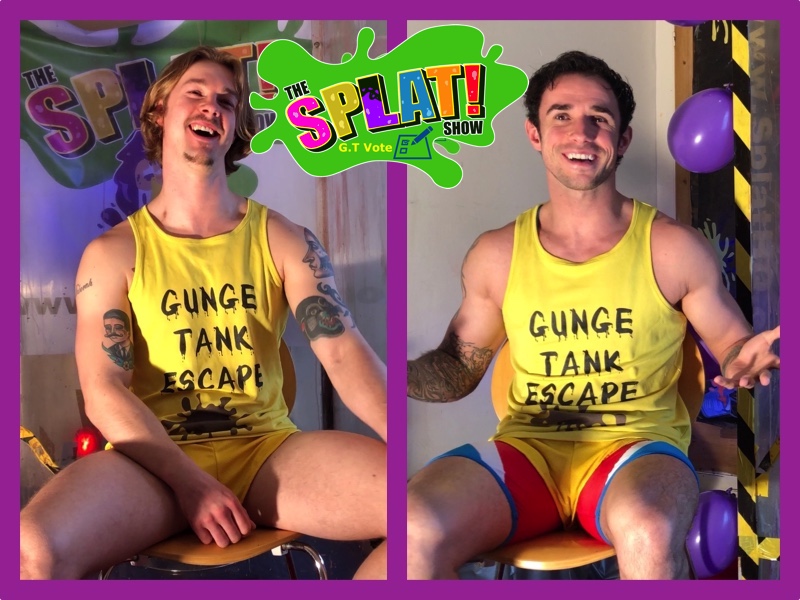 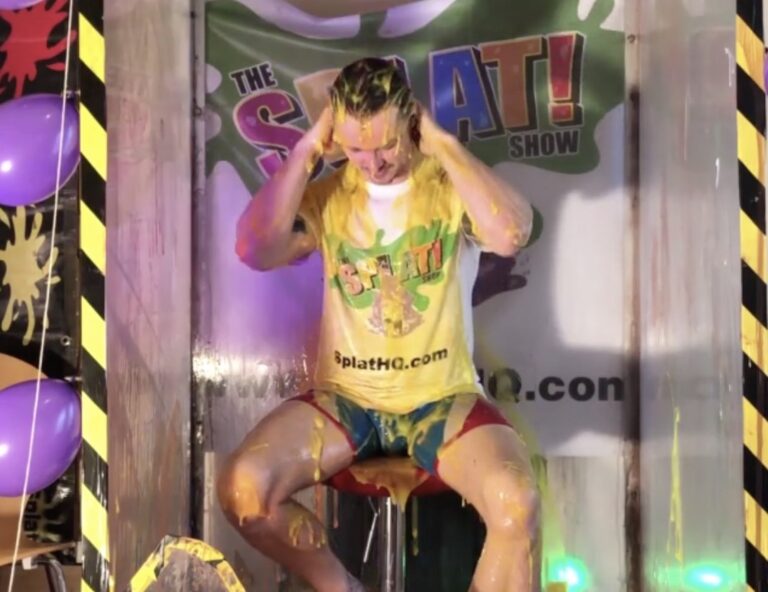