Long time fans of the show might recognise Rhys as he appeared a few years ago. Rhys’ first show was one of the specials that filmed before The Gunge Tank was introduced. Rhys is also a Splat! fan and has been here for a few private experiences. Rhys was recently here for his first experience with The Gunge Tank and he has kindly offered his experience for release so you can all see him back on the show. We know there are a few Rhys fans out there, so we hope you enjoy seeing Rhys on his second Splat! Show, now with The Gunge Tank!

Thanks to Rhys for coming back to The Splat! Show, the first Gunge Gameshow he appeared on.

The Gunge Tank Interview: We talk to Rhys about what he has been up to since his first Splat! Show and what he is looking forward to during this shoot, his first shoot with The Splat! Show Gunge Tank. 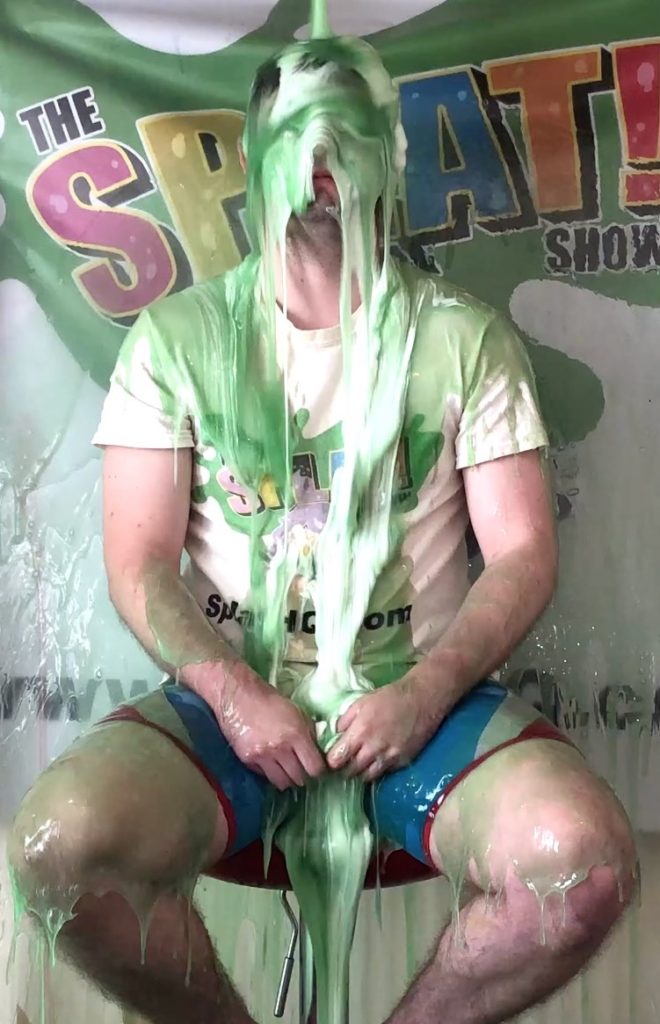 Lucky Or Mucky: Rhys takes on the season 17 game of the season in Lucky Or Mucky. Rhys told us that he really enjoyed the tension that this game provides and while he did well, he didn’t quite make it to the end and avoid the gunge! 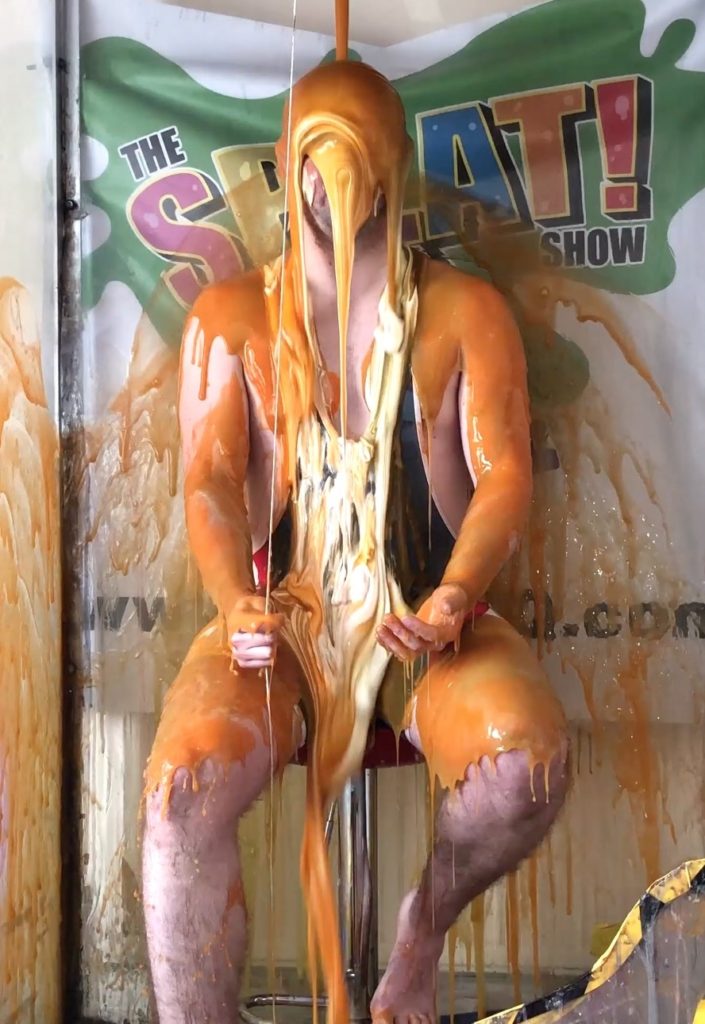 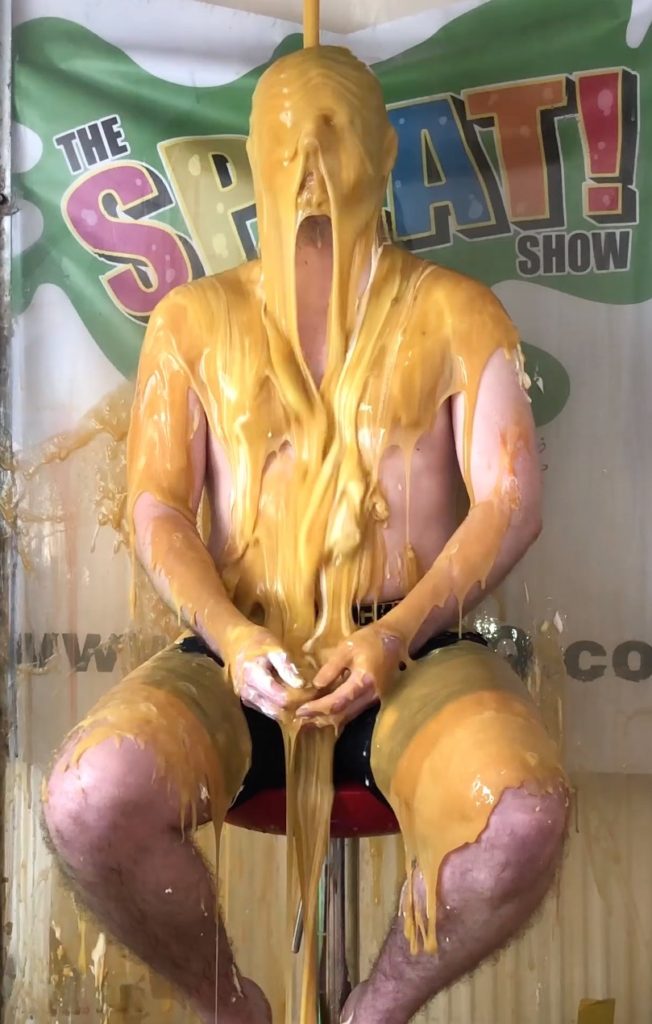 Stop The Gunge:  Rhys decided he wanted to play something different for the penultimate round, so we went right back to the start of Splat! and brought back the classic Yes Or No Game. We try to make Rhys say yes or no, if he fails three times then the tank is triggers. Can Rhys go 5 minutes without saying yes or no!? 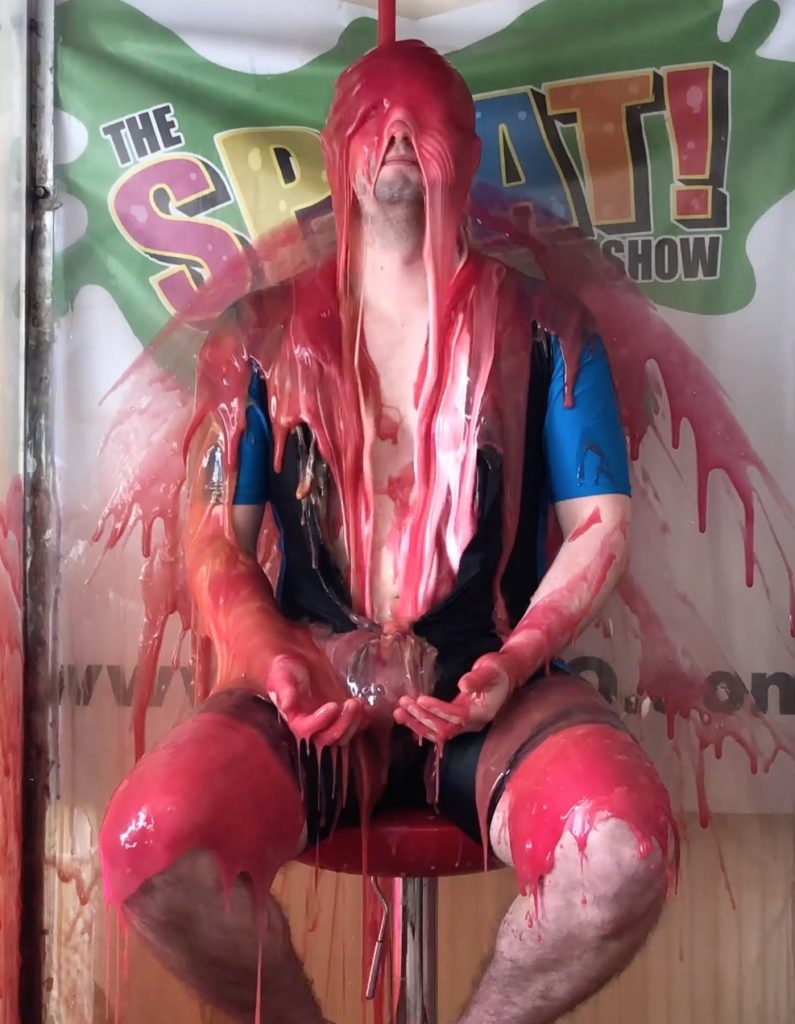 The Splat! Debrief: Rhys’ second Splat! Show is at an end. We talk to Rhys about how this experience with The Gunge Tank compares to his first. Then the last Gunging from the tank is ready to drop and end Rhys’ return! 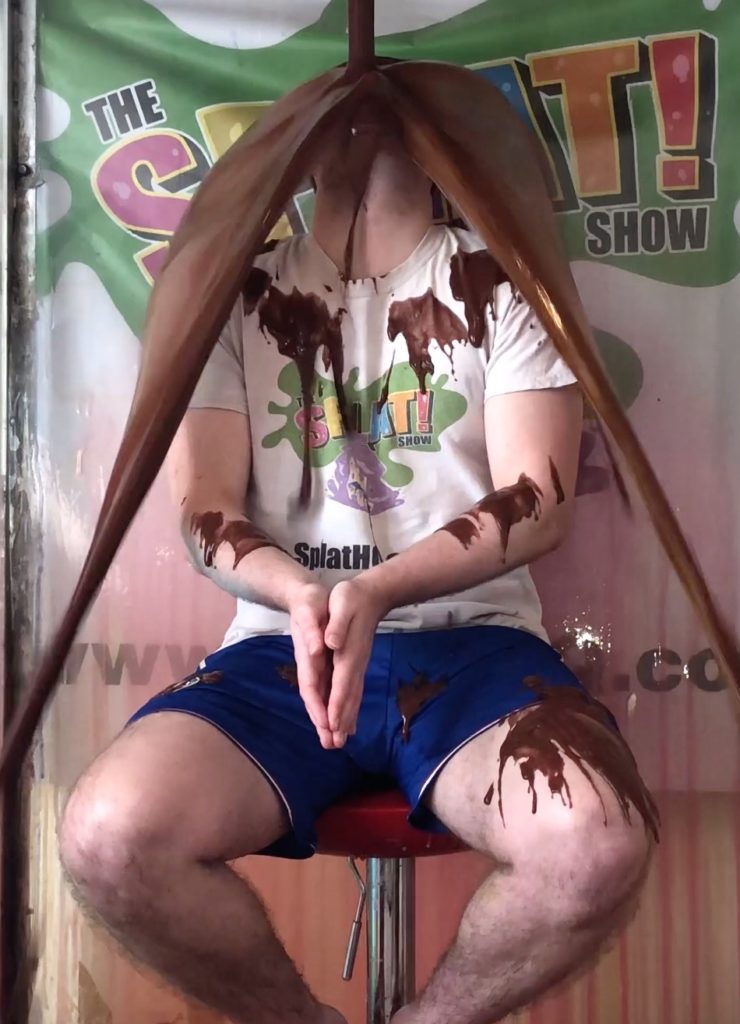 Aspect ratio of images have been altered and cropped from the video download. Video download plays full screen in 16:9 ratio. Video does not include the splat logo. 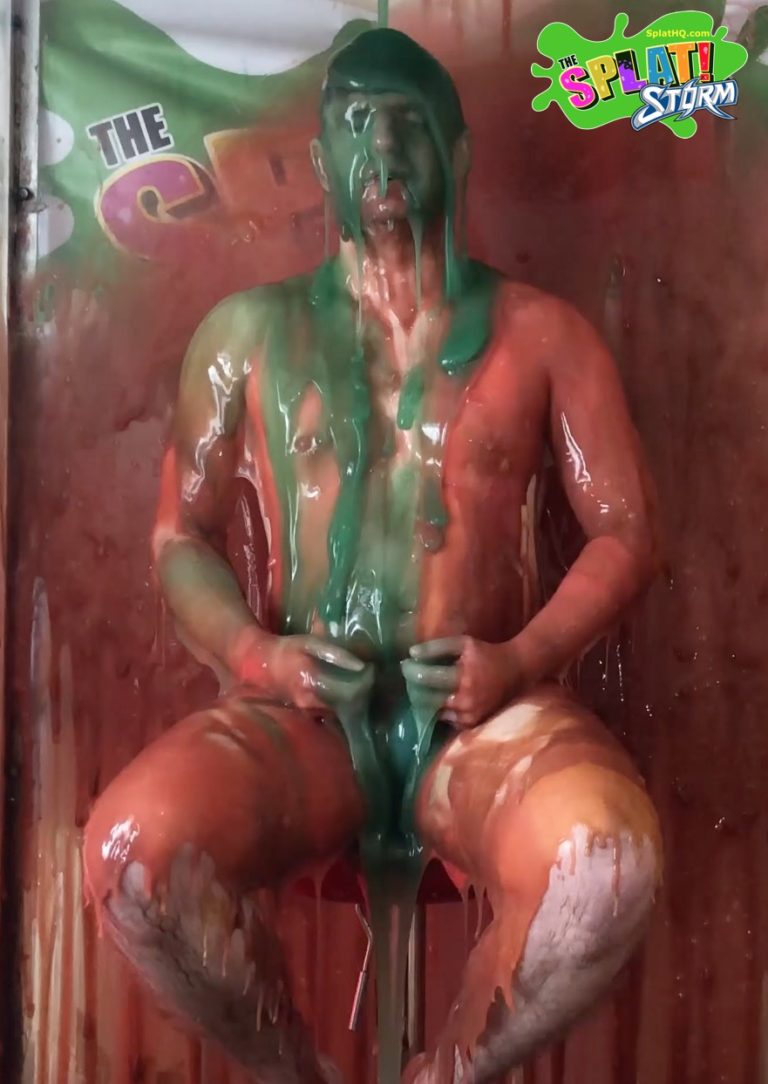 Ash finally takes on our world famous Splat! Storm at his final Splat! Shoot. The Splat! Storm is a relentless deluge of gunge from all directions. Gunge blasters, foam cannons, bucket throws and tank drops. There is nothing quite like the Splat! Storm. Running time: 7 mins 04 secs. Video download plays full screen in 16:9 ratio. Presented in 4K