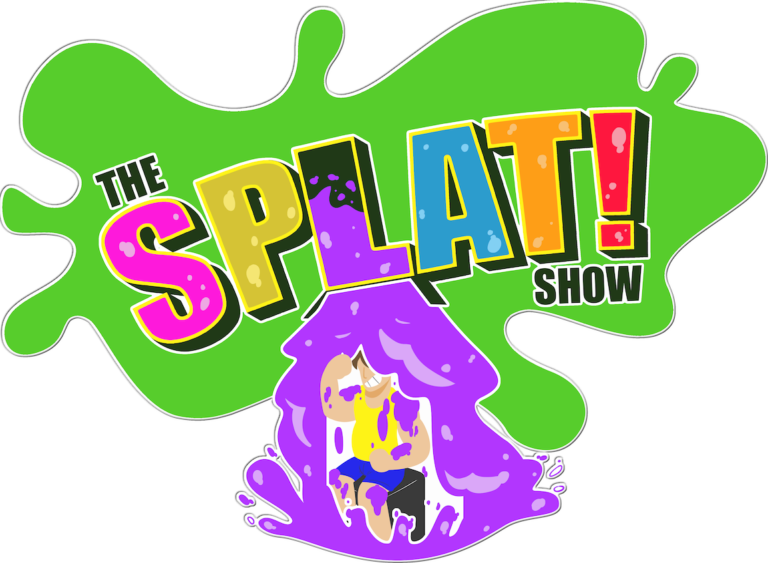 Retro Stream Refreshed For August: Splat! Retro Stream has been updated for August featuring Tri-Gunge For The Tri-Athlete and Nicki’s Splat! Interview. Both are streaming over on the Splat! Fan Club until the end of August.

This is the first month that both titles were selected by viewers. Suggest the next Splat! Retro Stream videos here.

Our First Release For Five Months Is Finally Here: It’s been a while but thankfully we are now back shooting again. We shot with the fantastic Mark Anthony, his first appearance in five years, as we resumed shooting and we shot some great new material that is begging to be enjoyed during these tough times

Mark’s new show, Mark’s Tanking Return is out now along with all the other content from the shoot. This includes a picture pack, The Splat! Storm (with a new outfit), #TheTankAwakens special and fan club content. The Splat! Storm and #TheTankAwakens Special are now being offered separately after being offered as a bundle package to customers who ordered before the shoot. Pre-shoot customers received both of these for a special price as a thank you for supporting the shoot before production.

Buy Mark’s T-Shirt: Be one of the first Splatters to own one of our new look T-Shirts. You can buy the shirt used in Mark Anthony’s shoot over on The Splat! Outlet Page Here. 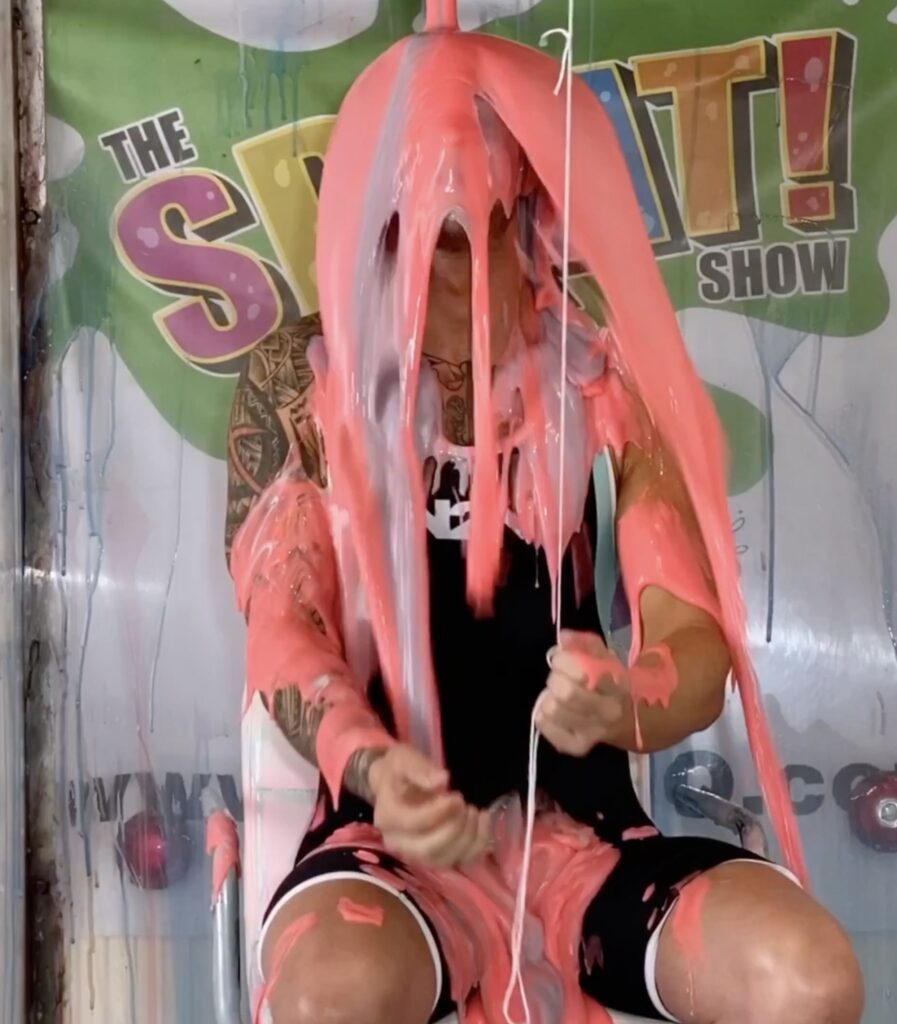 First Shoot Since March Complete… Today we completed our first commercial shoot since the lockdown in March. It was a great pleasure for us to welcome back Mark Anthony as we resumed our commercial shooting operations. Splat! Fan Club members can now get an early look at some of the action from today’s #TheTankWakens Shoot with Mark Anthony. We shot #TheTankAwakens special, The Splat! Storm and Mark’s Mini Splat! Show. If Thick Gunge is your thing, you are really going to enjoy this content!

#TheTankAwakens Pre-Shoot Bundle Order Status: All orders for the #TheTankAwakens pre-shoot bundle have been to sent to customers who placed an order before the deadline. If you are missing yours, please contact us here.

Both items that featured in this special bundle will be available to download from the site soon but will be offered separately and not as part of a bundle. The pre-shoot bundle (2 for 1)  price was a pre-shoot exclusive offer as a thank you to those who supported this shoot ahead of production. 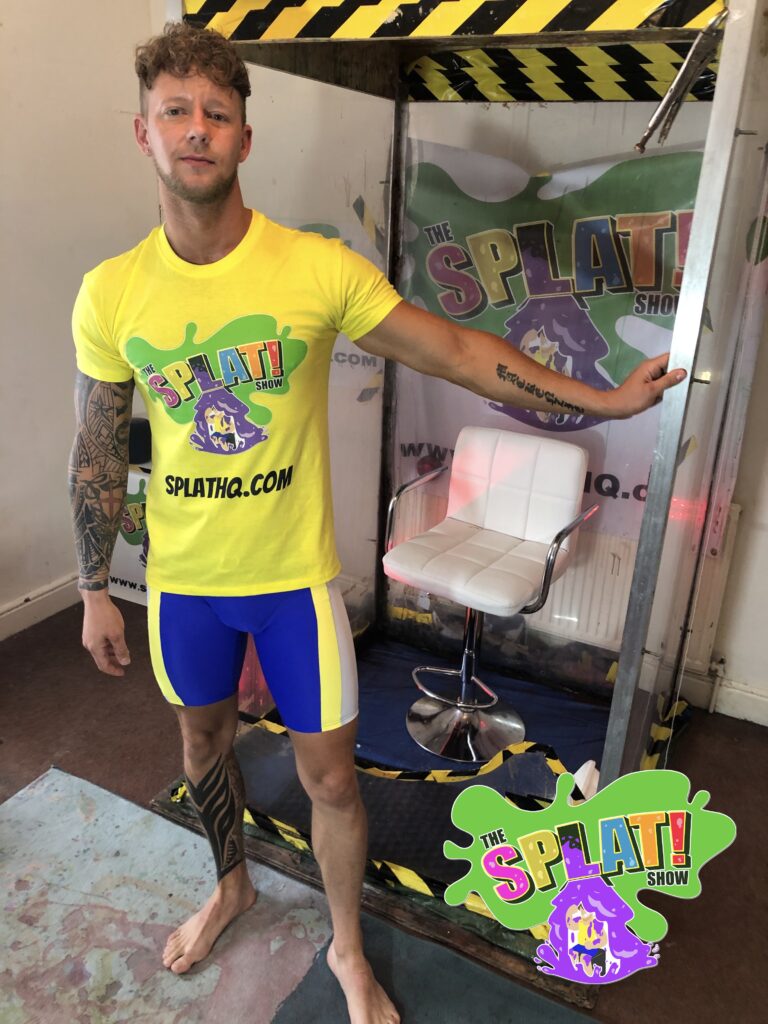 Check It Out Here / Learn More About The Fan Club

It’s available to all Splat! Fan Club members now along with all this great content. 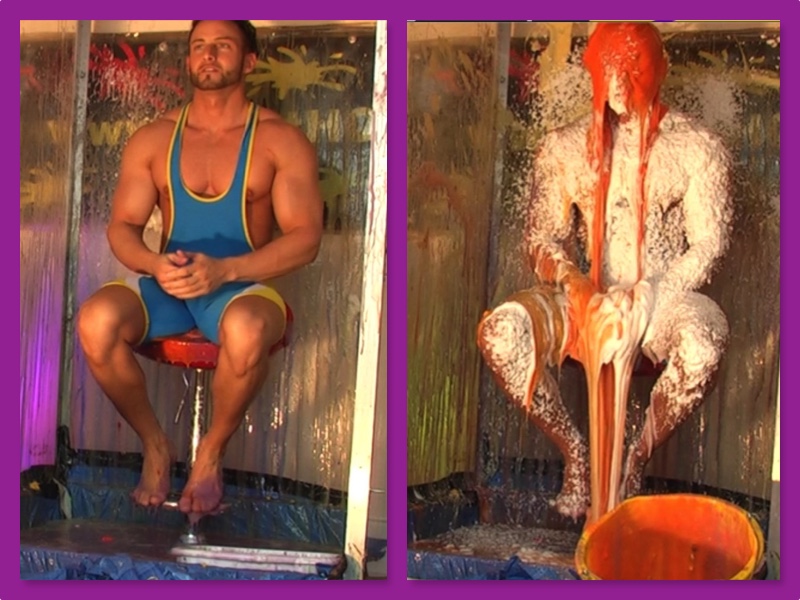 Check It Out Here  / Learn More About The Splat! Fan Club

Shoots Restarting From July 4th: We are pleased to announce that we will be re-starting our shooting operations from July 4th. We can’t wait to get going again and we would like to thank you for the support you have shown us over the past few months which kept the team motivated through the shutdown. Our shoots will be running under our new safety framework, small but important changes to keep everyone safe during our shoots over the next few months. You can read more about our COVID-19 safety framework here.

Commercial Shoots Will Resume Soon: We will be filming our first new commercial Splat! Shows since the shut down sometime in July. We are in final negotiations with potential guests and will announce news as soon as we can.

Private Experience Bookings Now Open: With shoots now able to get back underway, we have re-opened bookings for Splat! Private Experiences. Guests who we had to delay due to the shutdown have already been re-booked into available dates. You will find all available free dates for our private experiences here plus all the information you need when booking a private experience. 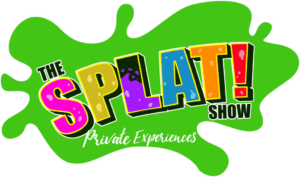 You can download it from Daniel’s Show page under the “Also Available From This Shoot” section or you can stream it on the Splat! Fan Club. 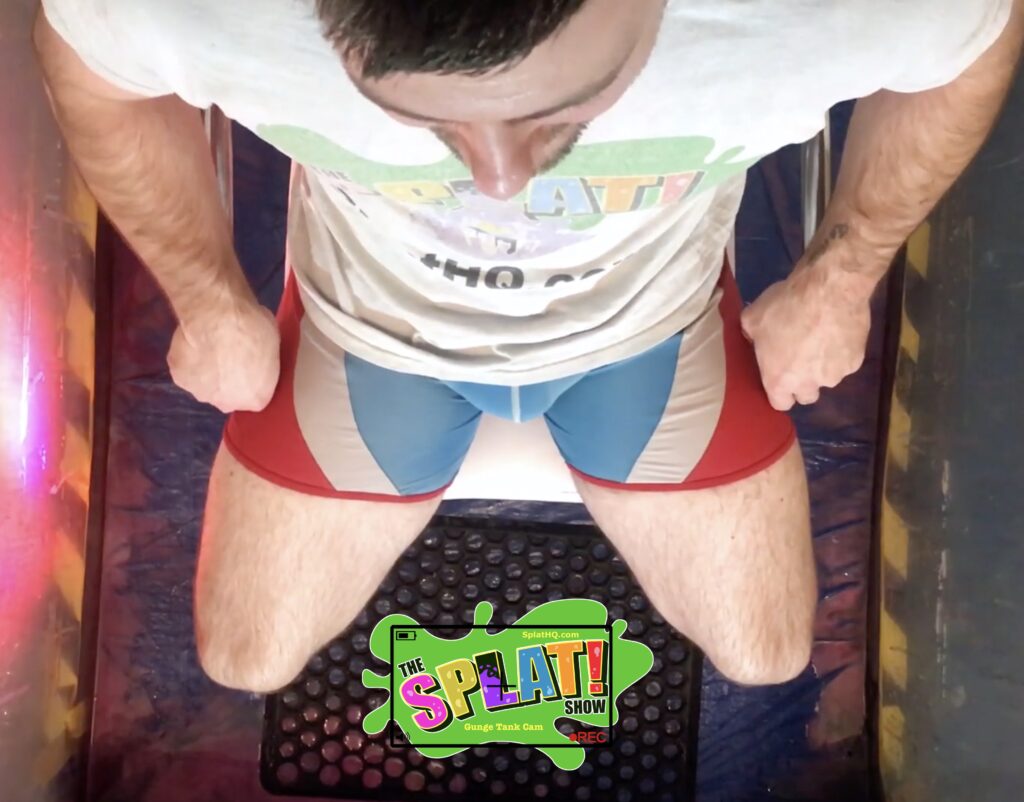 Kyle’s Splat! Cyclone is available to download now from the Season 17 Finale feature show page under “Also Available From This Shoot” and also from The Splat! Specials page. 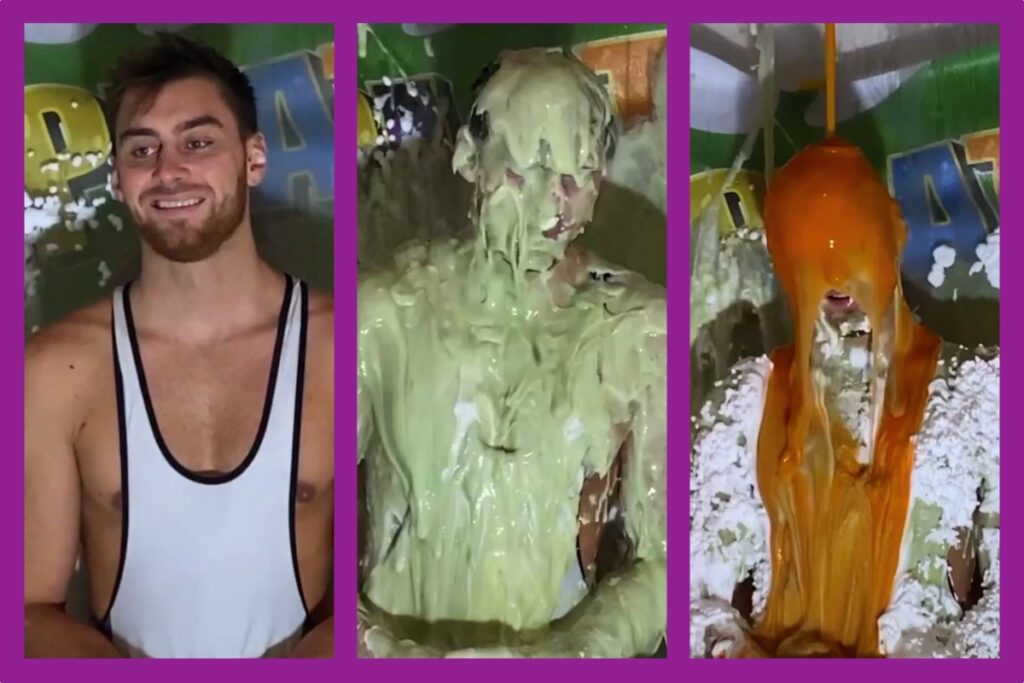 Check It Out Here OR HERE 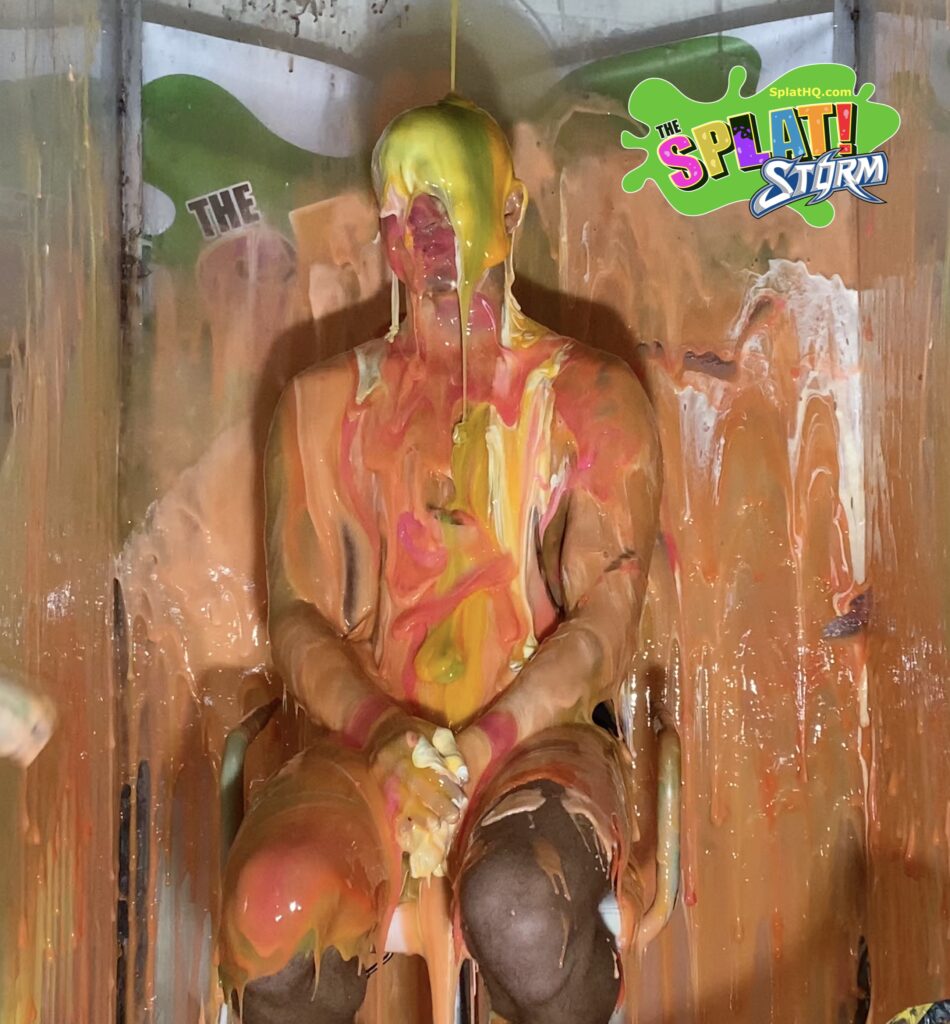 Check It Out Here OR HERE

New Design Update: We are working hard on the new design that has been rolling out across the site over the past few weeks. The design phase is near completion and we are now working on bug fixes and optimisation. This optimisation includes making the site appear good across mobile, tablet and desktop. We will update you when all the work has been completed.

We have added David’s extra gunging to the Fan Club for subscribers to watch now. We have some big updates coming to the club over the summer too!