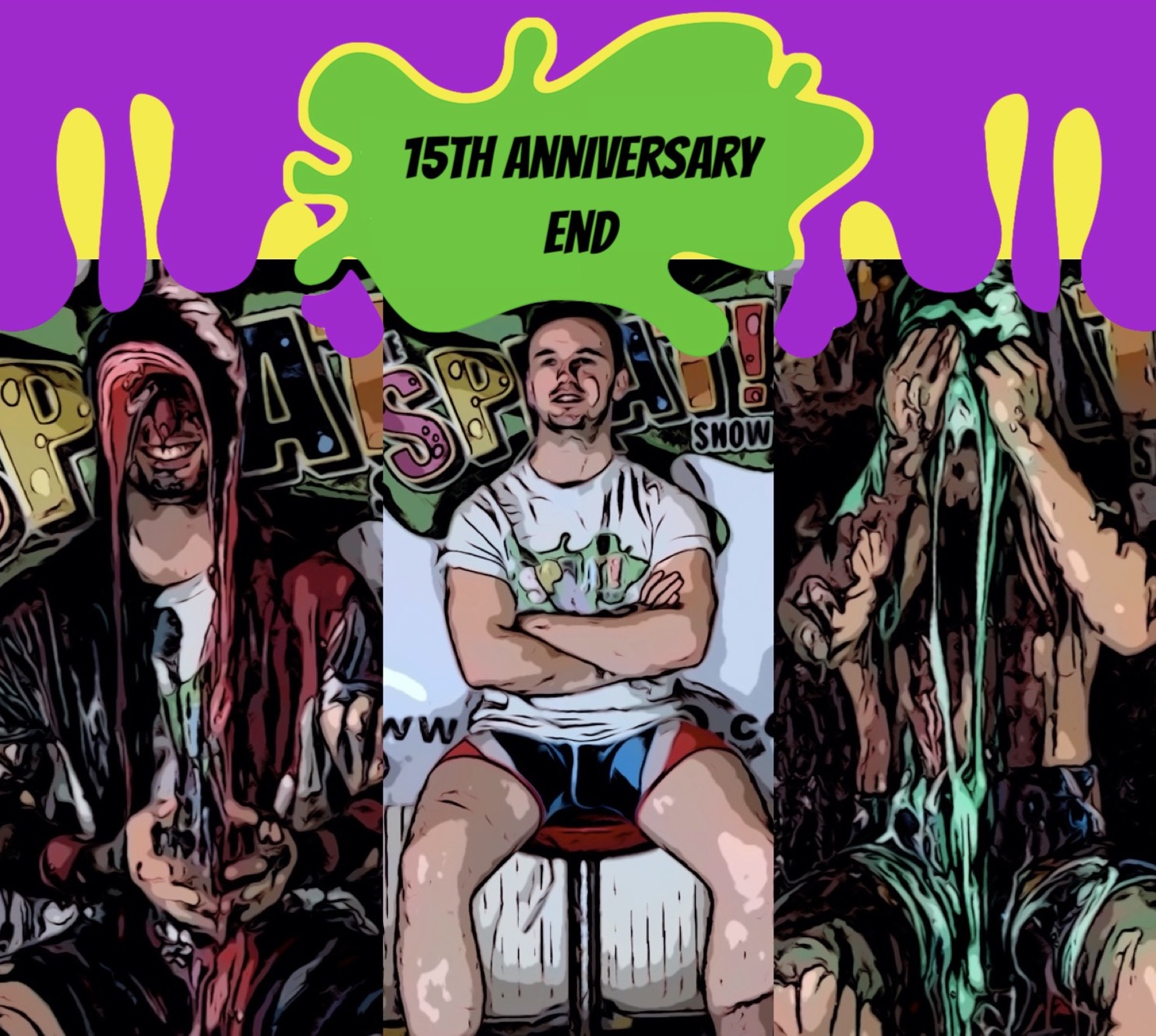 Our 15th anniversary year is now officially over. Last September we kicked off our celebratory year with the announcement of Sam Callahan’s Splat! Show. Sam’s show broke Splat! records and surprised many. Through the course of our 15th anniversary we have shot more head to head specials than ever, met so many Splat! fans at our private experiences and of course introduced some fantastic new faces to the show.

Instead of staging an elaborate Splat! Show to end our 15th year, we decided to go back to basics and enlist the talents of our most popular Splat! Star, Jon.

Splat! Retrospective in-depth interview: Splat! has a massive history. In this interview we talk to Jon and Pete about that history. From our humble beginnings way up to where we are now, everything is discussed. Jon is also asked about his first appearances on the show, why he nearly never came back after his first shoot and why he still loves to come and play on the Splat! Show. The segment ends with a very interesting Gunging, one gunging that actually turned into three. Each time a surprise to Jon. A fitting gunging for this special release.

Jon’s Fan Gives Him A Splat! Storm: A Jon superfan was in attendance for this shoot to meet his favrotire Splat! Star. We gave the fan the chance to give Jon a Splat! Storm. Jon’s first solo Splat! storm for nearly three years having featured in a few double Splat! Storms recently.